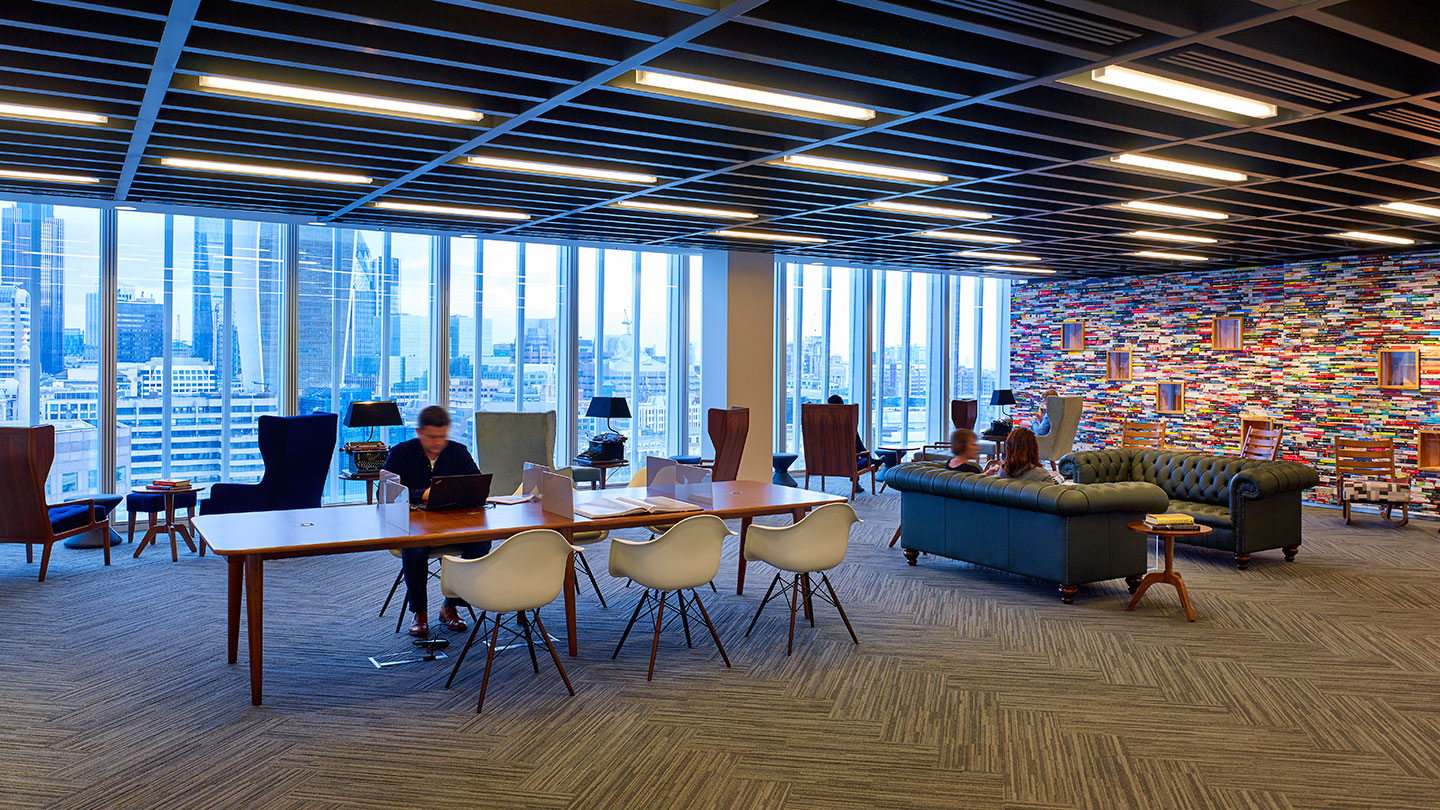 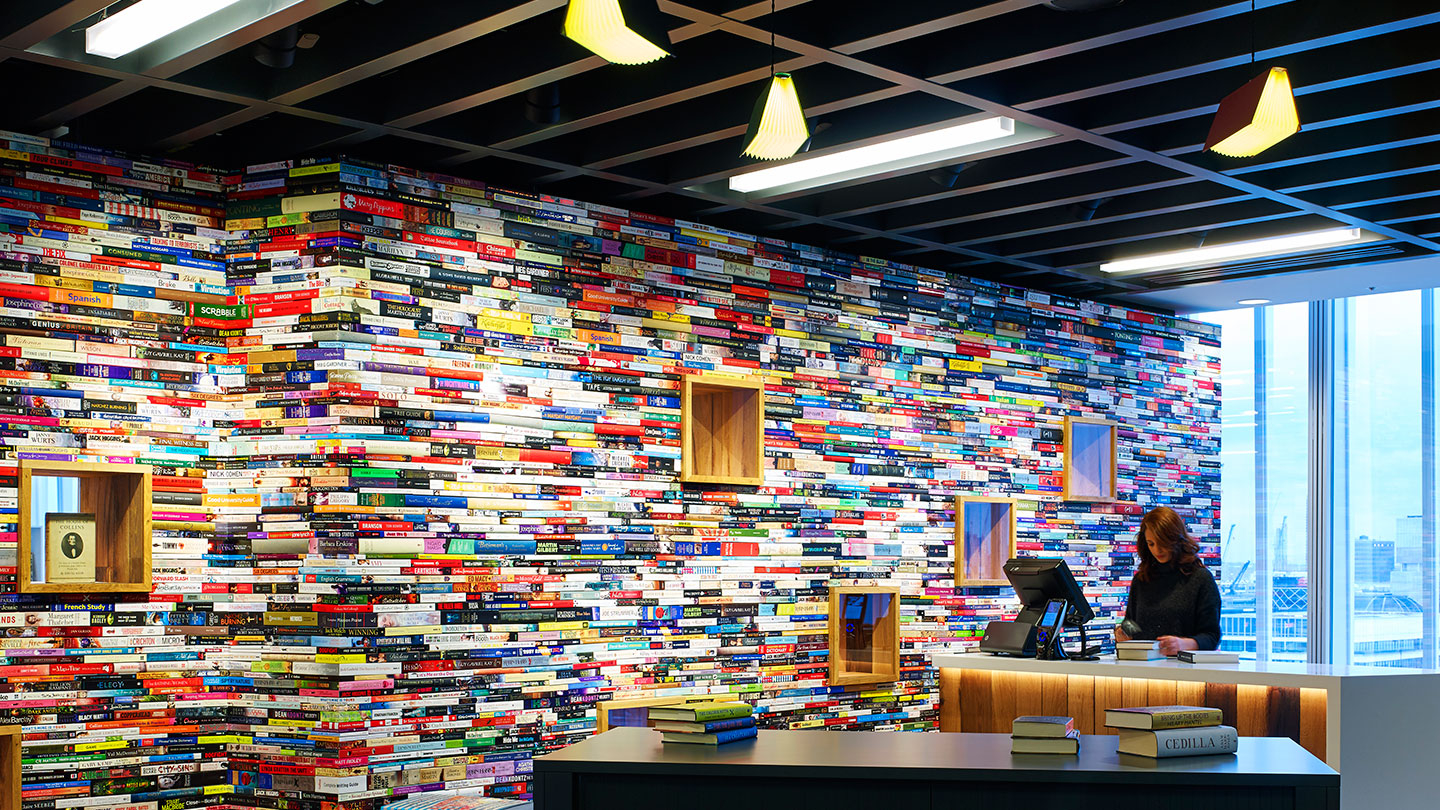 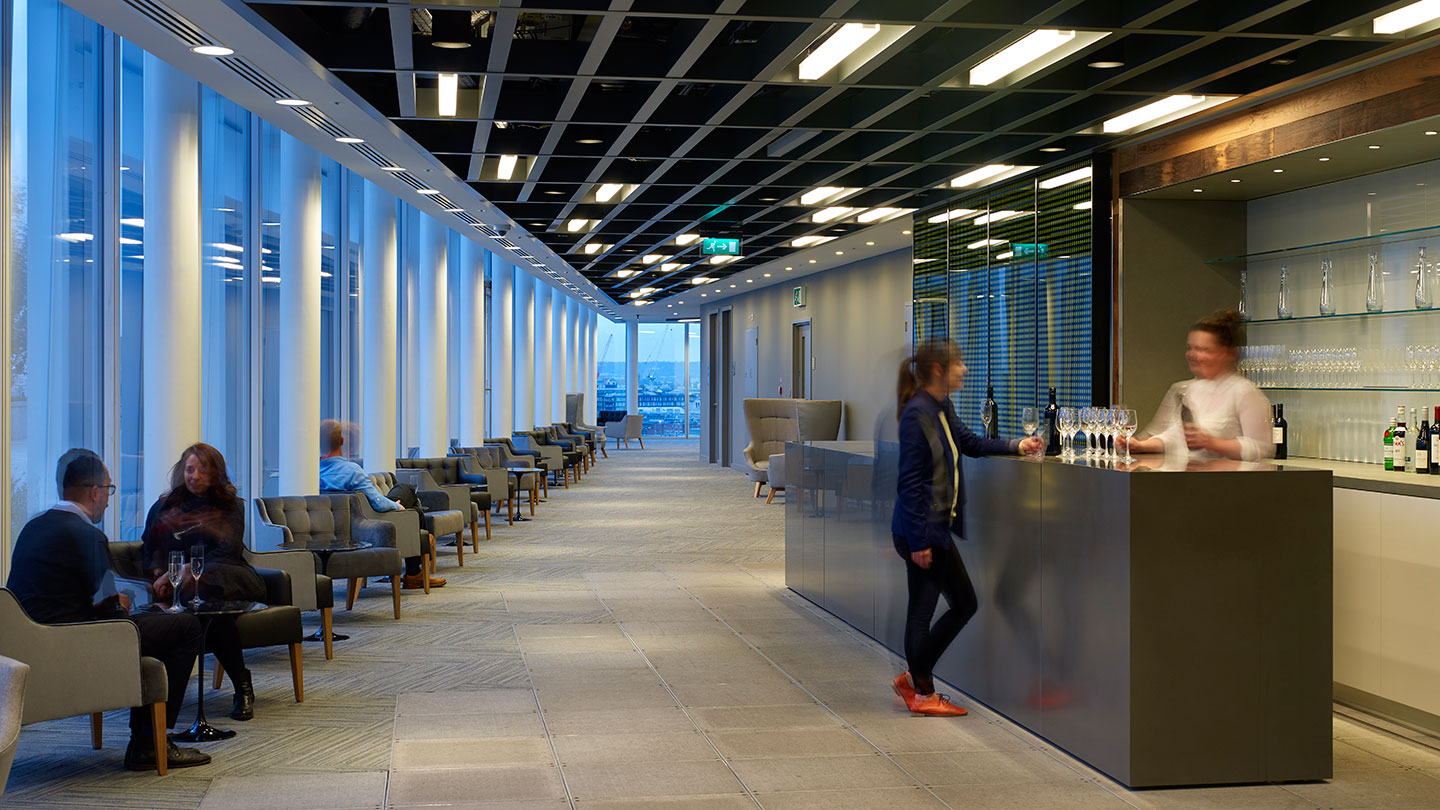 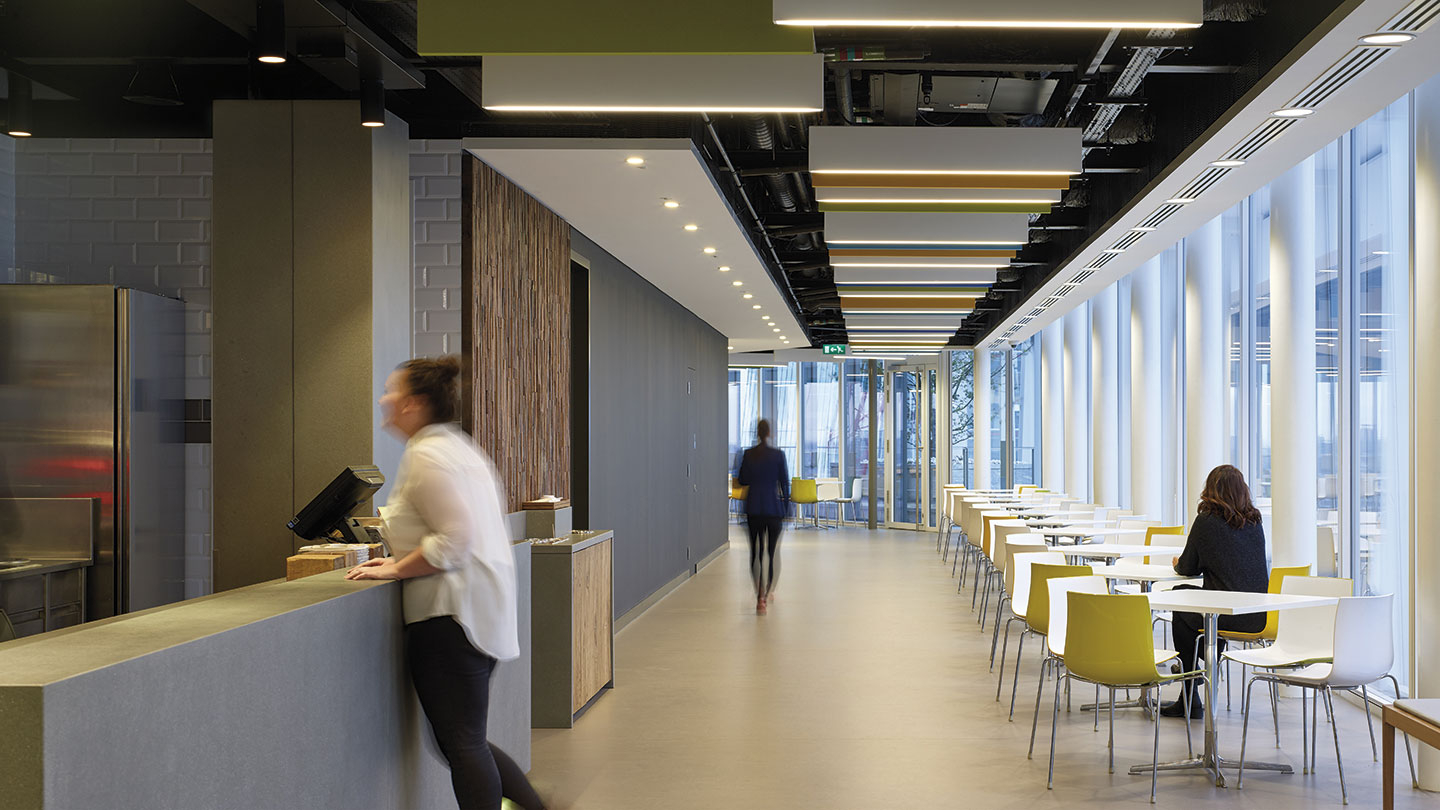 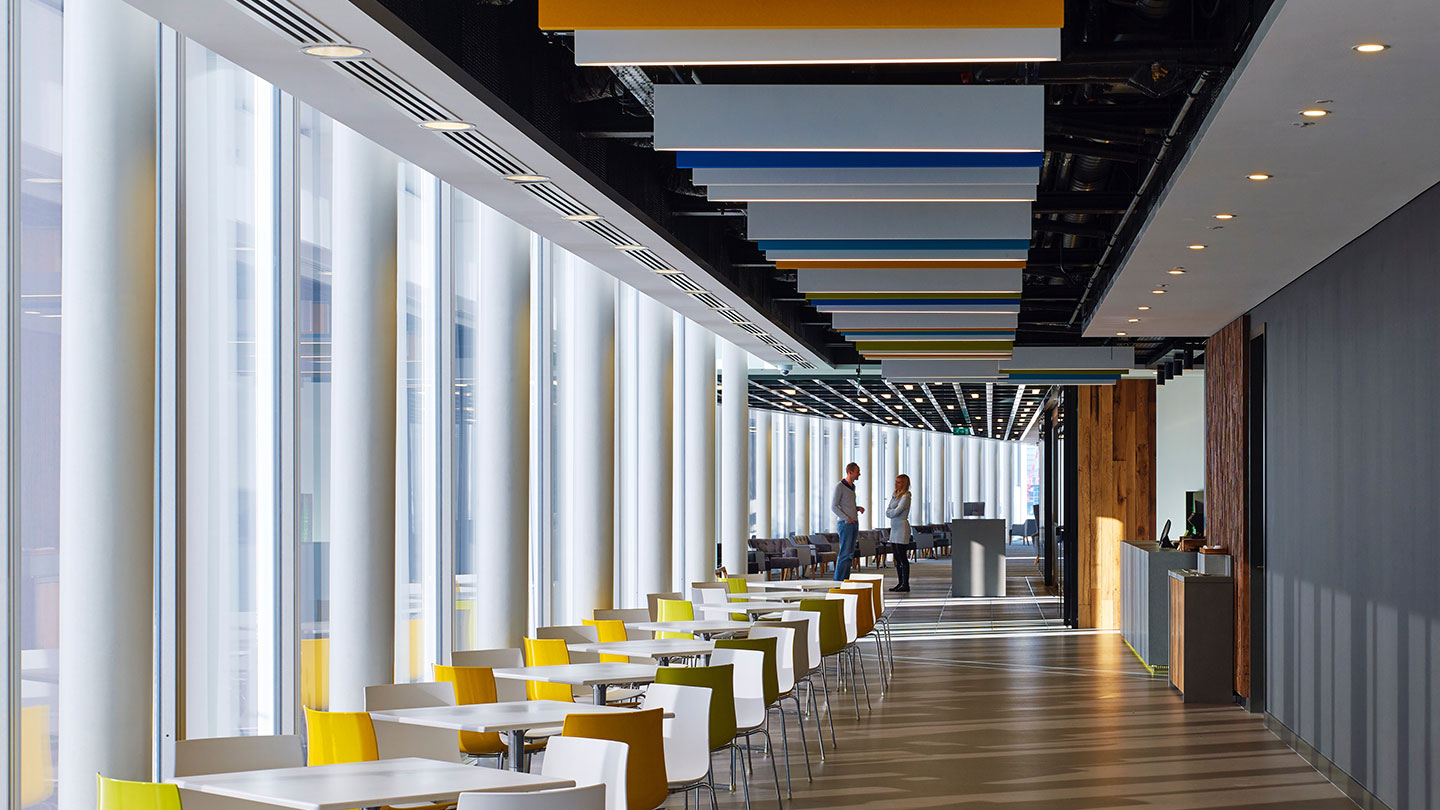 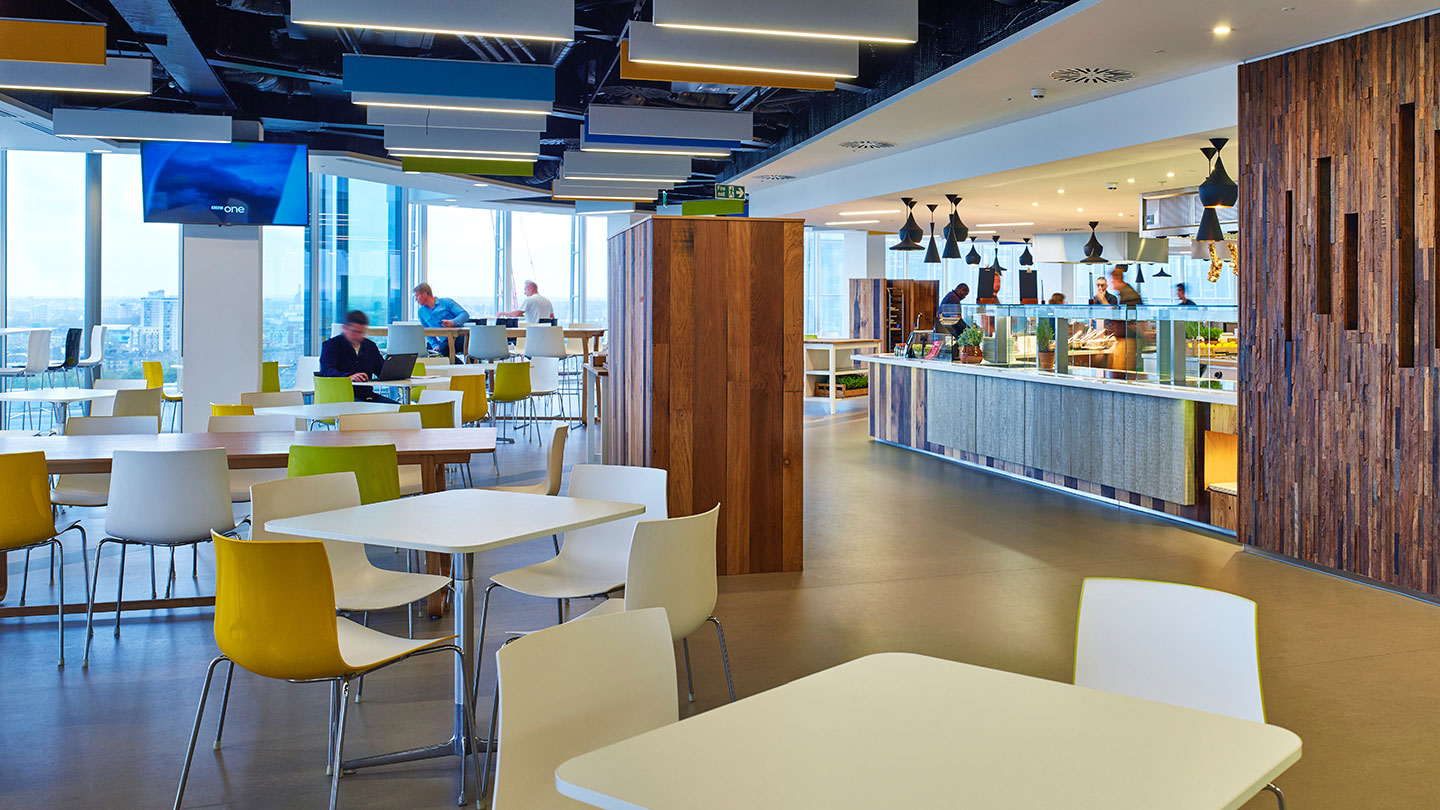 Project description
The new corporate building for News International was creatively lit in different zones to reflect the various tasks and to help delineate these areas. For more relaxing breakout work spaces, Paul Nulty Lighting Design chose suspended ARKTIK as a crisp and clear light source to be suspended in between the baffled ceiling. The frosted materials used in ARKTIK enable the whole luminaire to glow in a soft diffuse way while the underside has a microprism diffuser offering glare control and further visual interest. The ARKTIK-BE luminaires were supplied with RIDI-TUBE 360 as the main LED engine which also enabled a better spread of light within the ARKTIK body while also providing the energy efficiency demanded on the project. In other corporate areas, the Spectral Blade system was used with a series of multi-coloured acoustic baffles. Photos: David Churchill