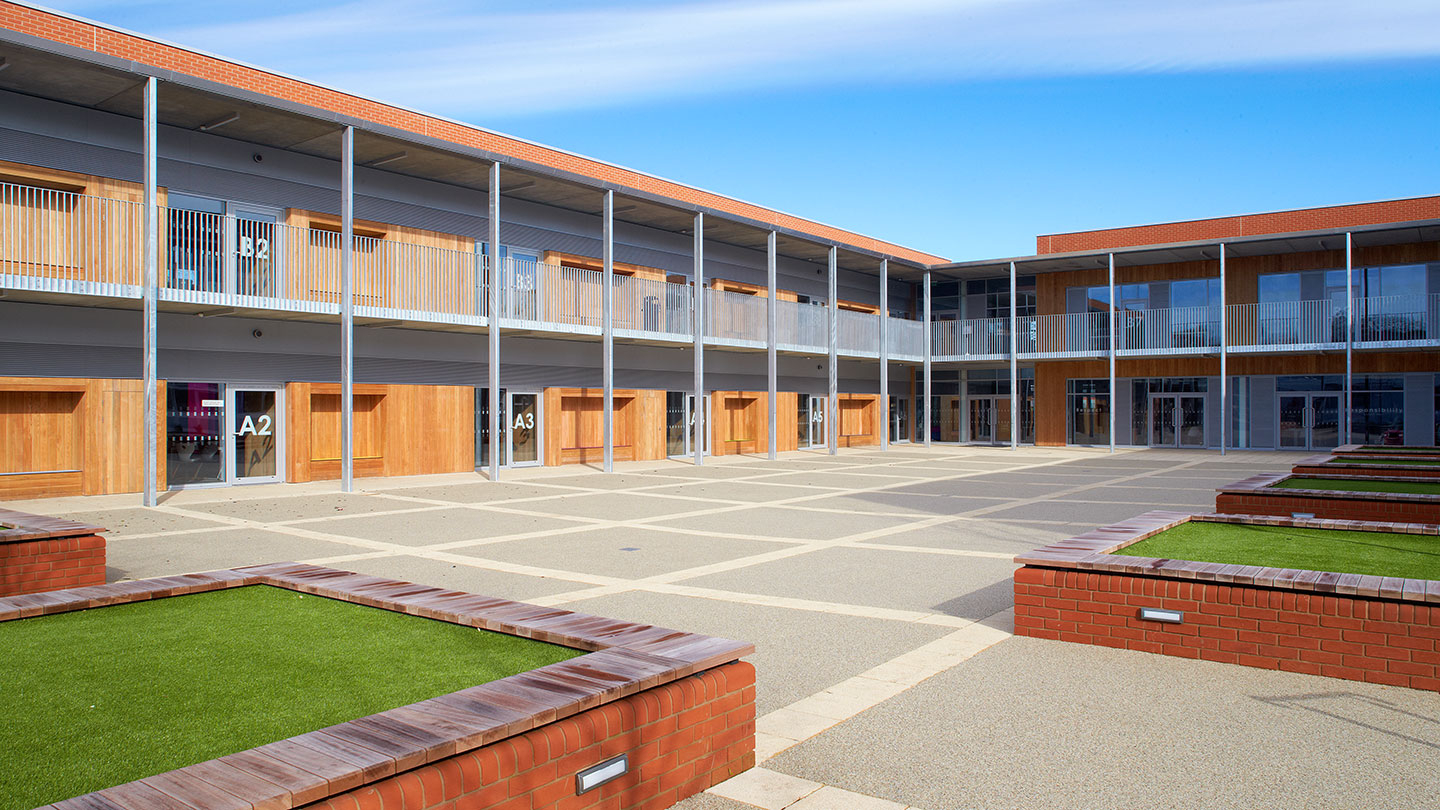 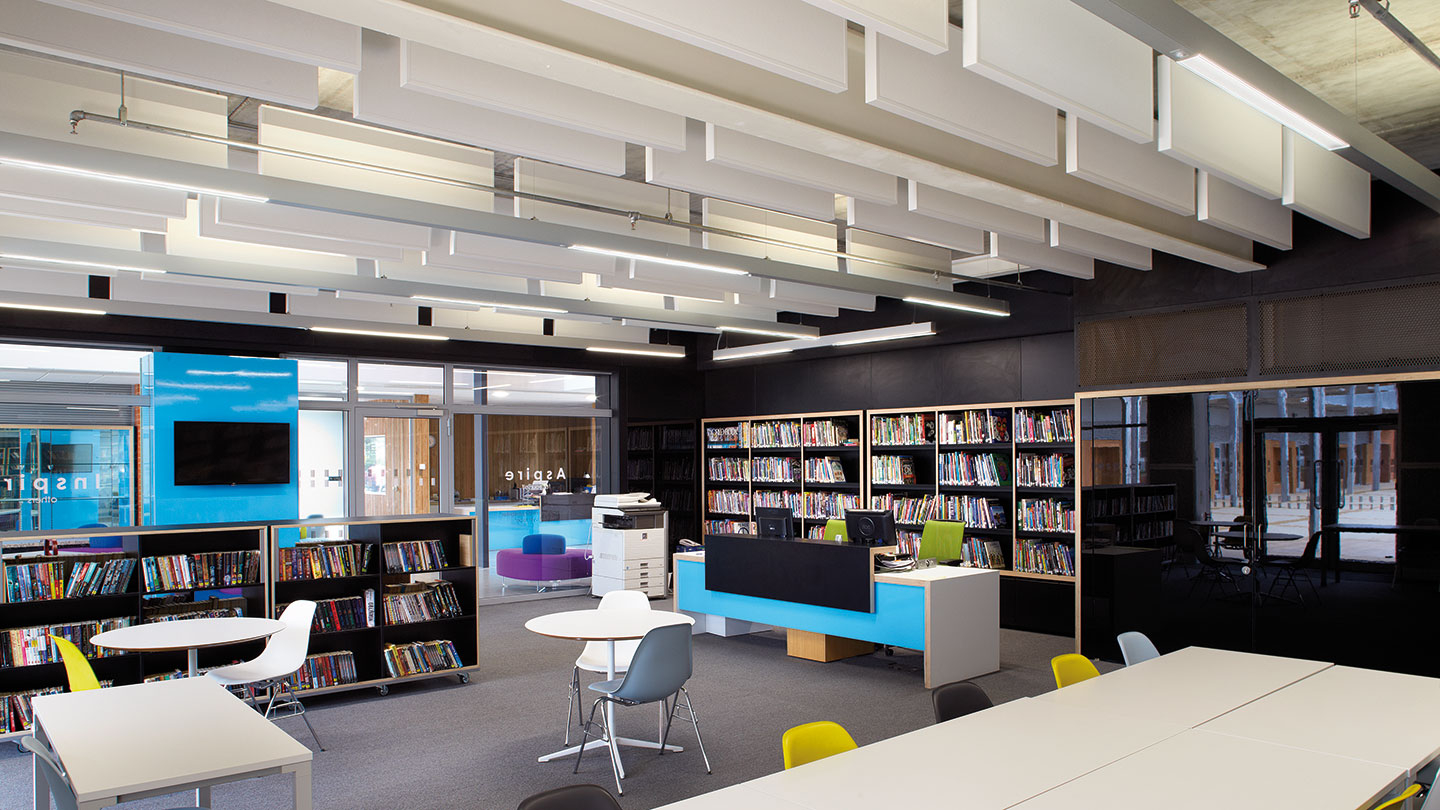 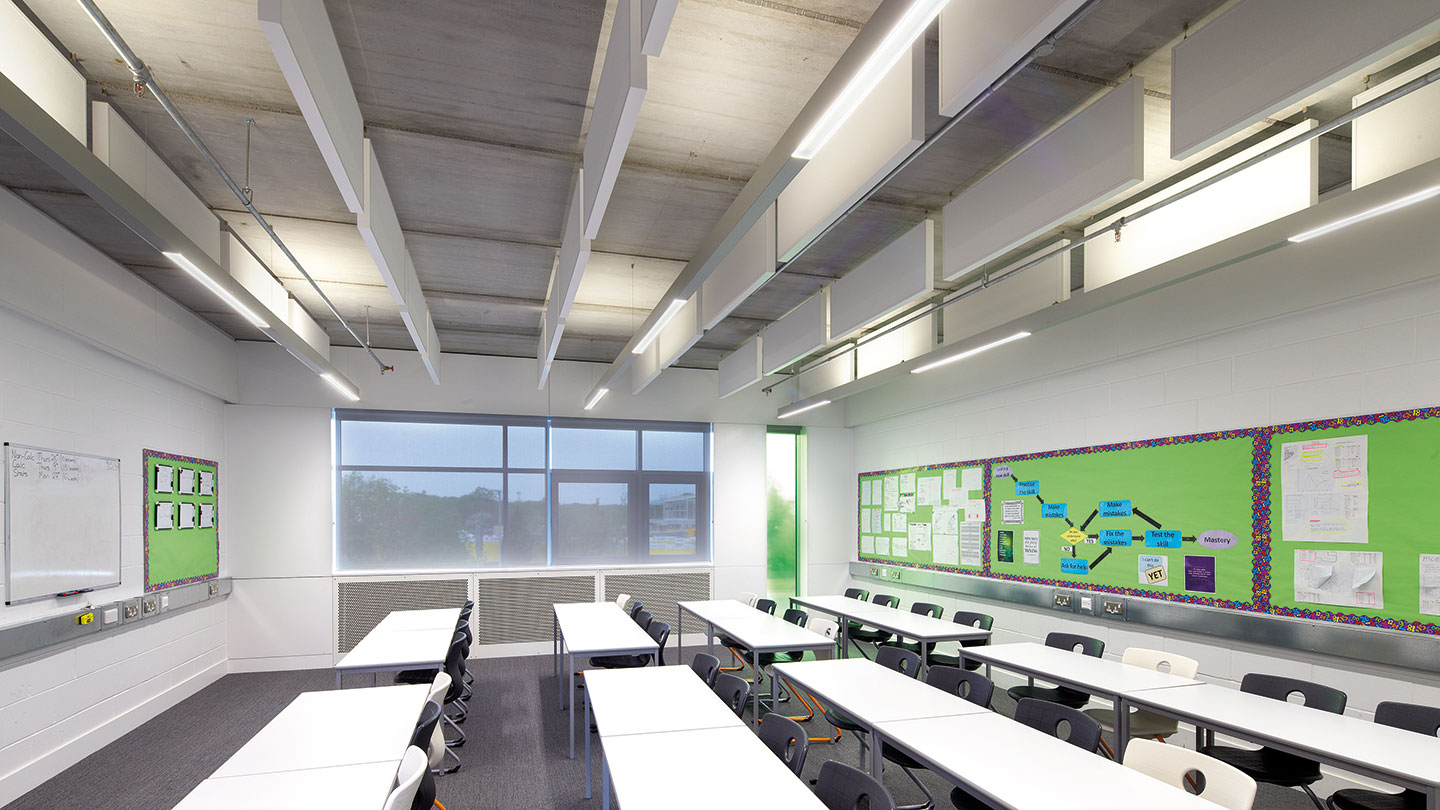 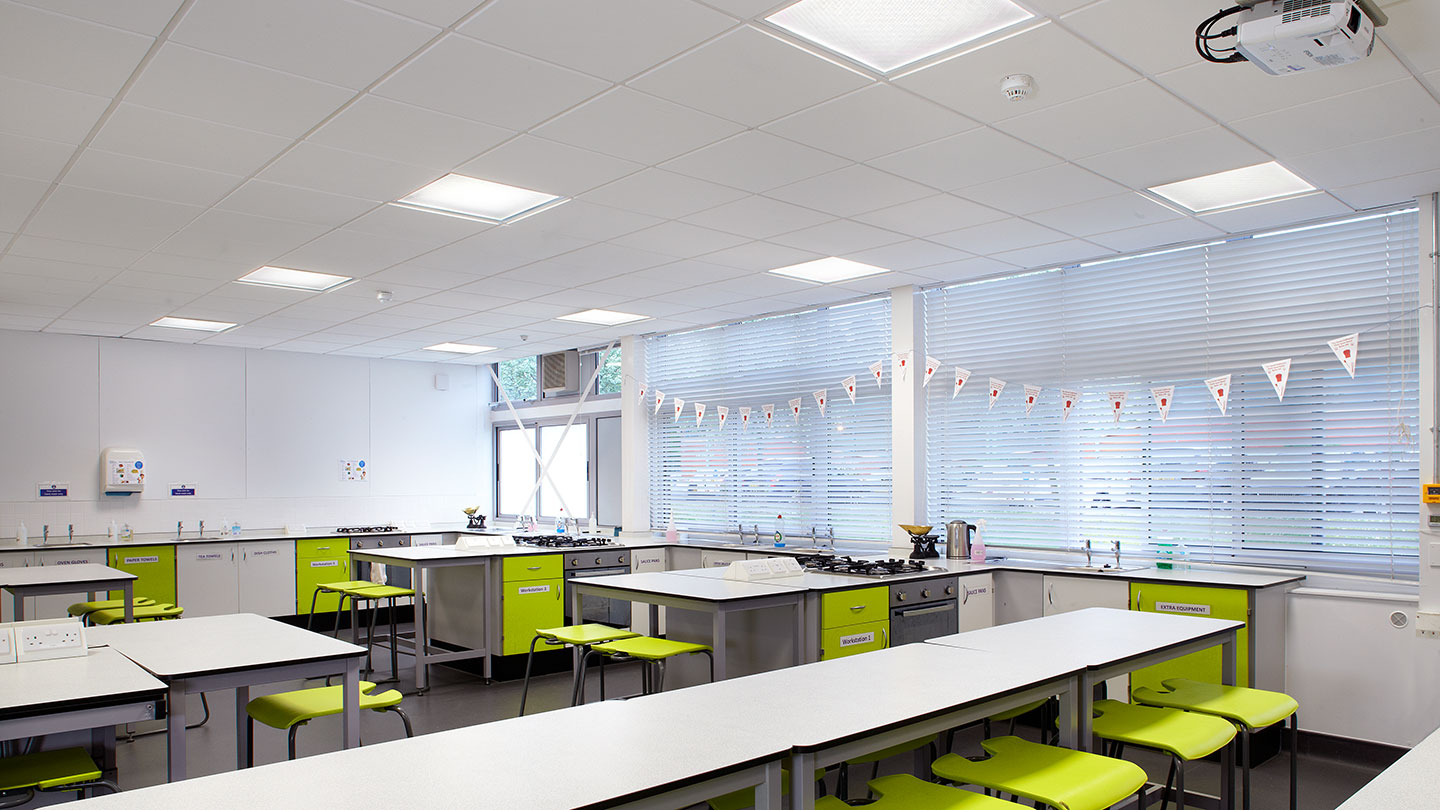 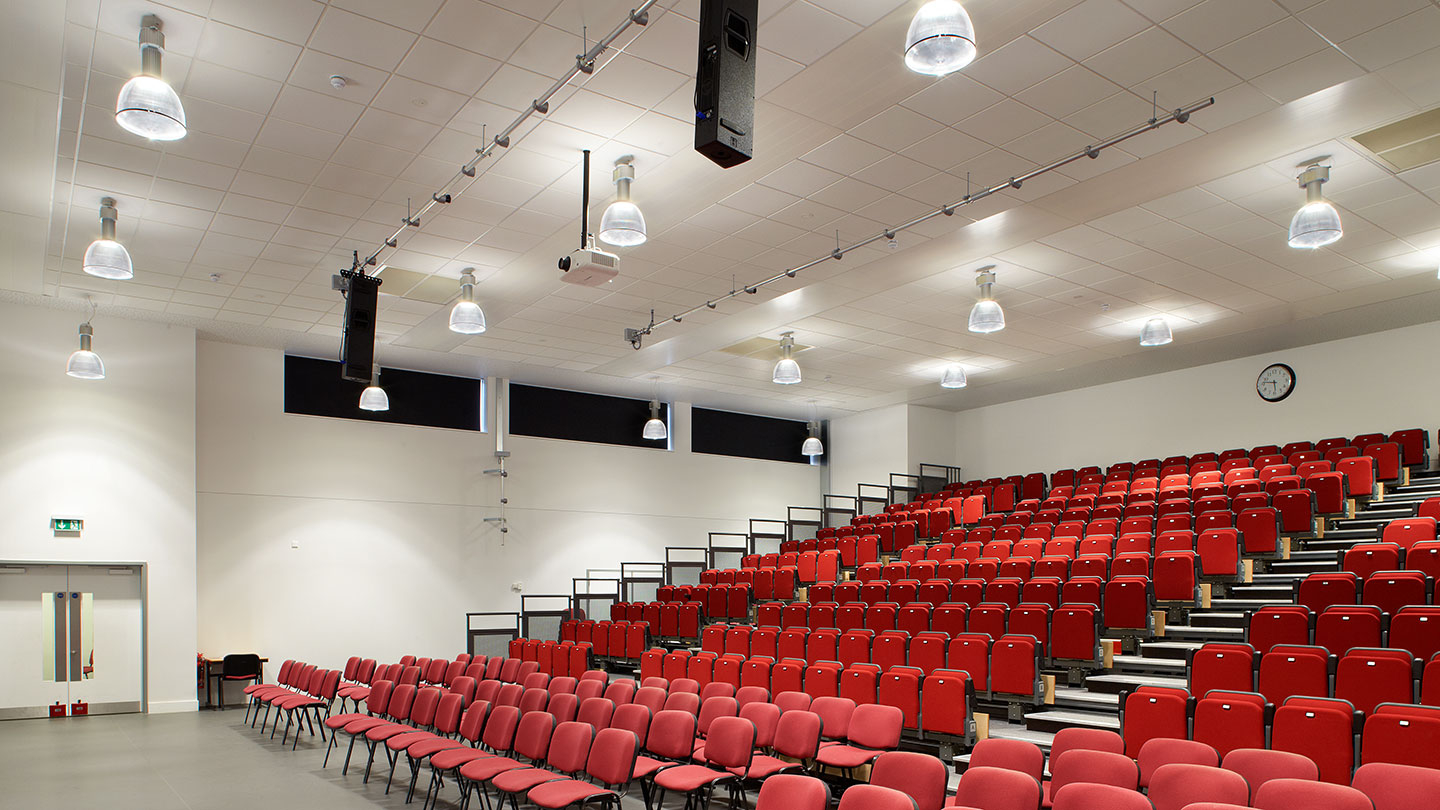 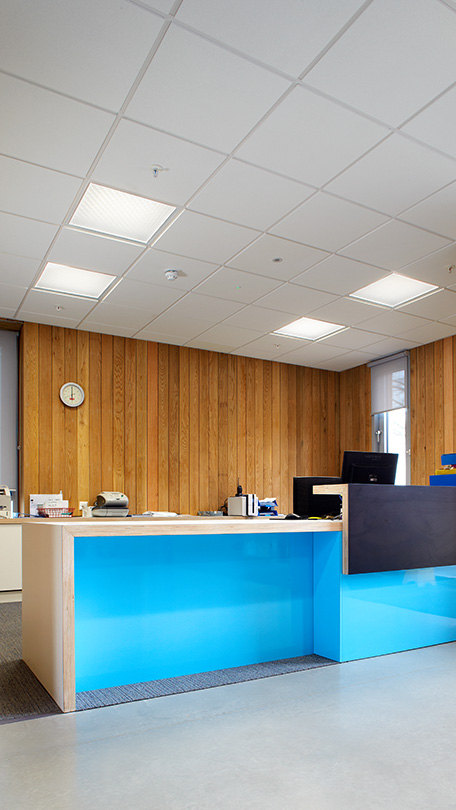 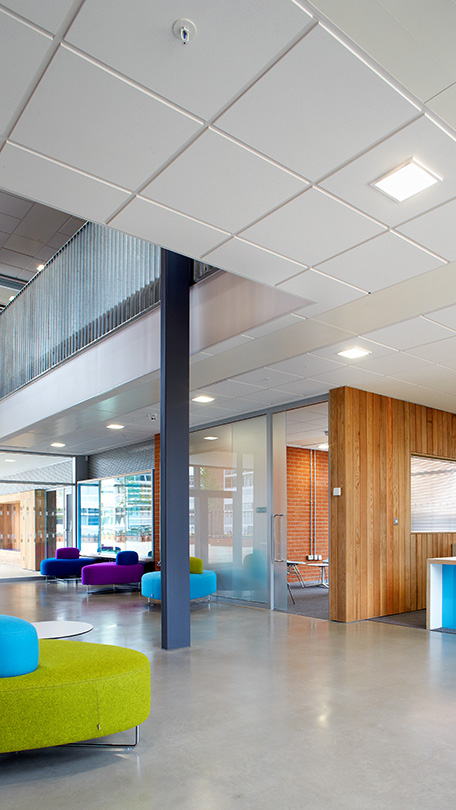 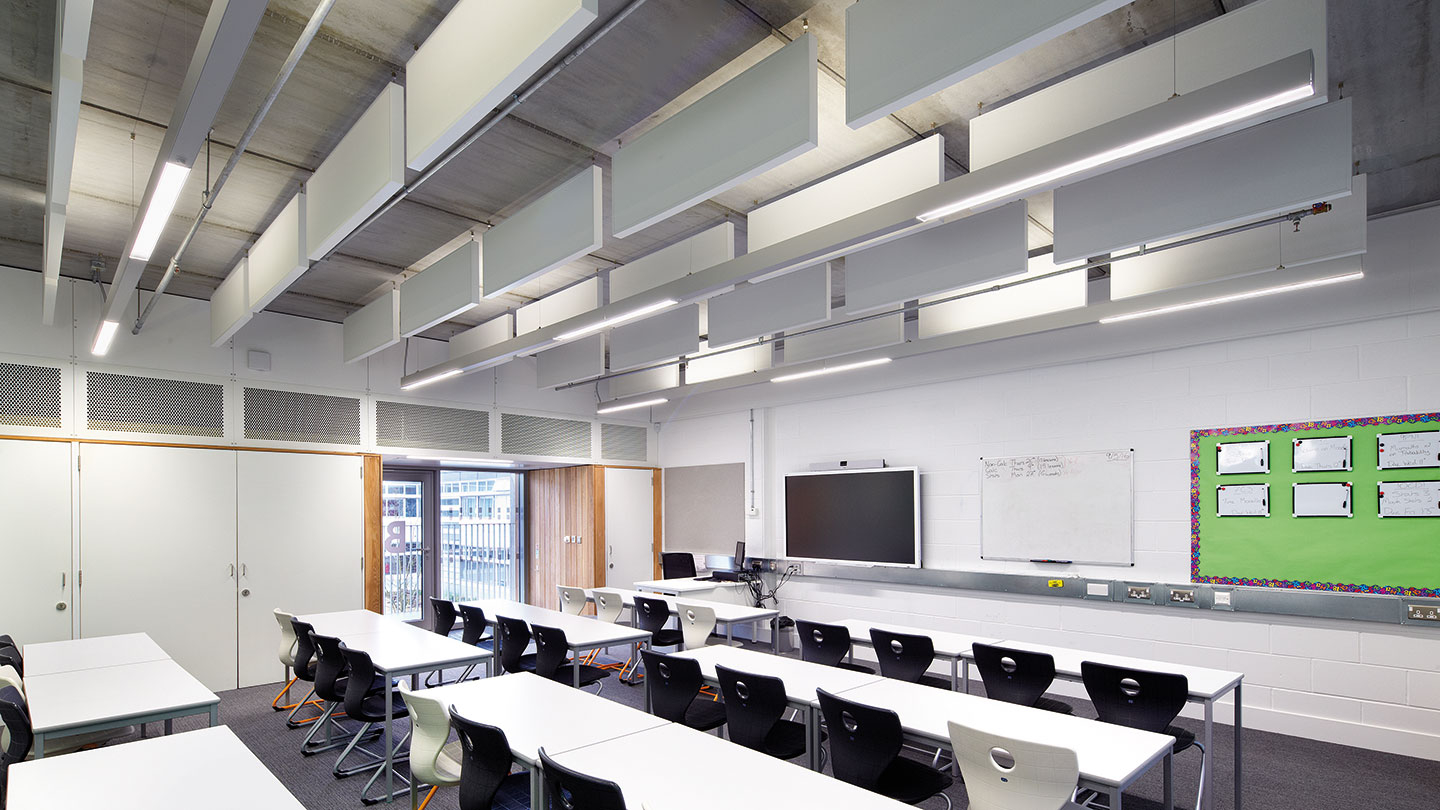 Project description
The new extension to the original 1970‘s Calthorpe Park School was designed in-house by architectural services department at Hampshire County Council and is the first concept of a potential roll-out for secondary school refurbishments. The refurbishment also incorporated some older parts of the school as well. Designed using state of the art construction methods and natural ventilation, the challenge was to supply a lighting system to the main teaching spaces that would integrate with the acoustic baffles yet be a fast fix stand alone system. Here a special version of Venice was designed which featured two extrusions per run with three LED downward elements and then uplight was produced by just two low power LED strips mounted within the top channel. All sensors were pre-installed meaning that products arrived on site pre-assembled and ready to go and ready to connect into a full lighting control system. In other areas of the project the prismatic theme was carried through to using 600x600 LED luminaires in areas with suspended ceilings. The original main hall featured HRL-LED hi-bays and then as a contrast, EDLQ‘s were used with opal diffusers in circulation areas.

The VENICE recessed luminaire for lighting channels in a seemingly narrow, purist design, flexible in terms of arrangement
VENICE-E 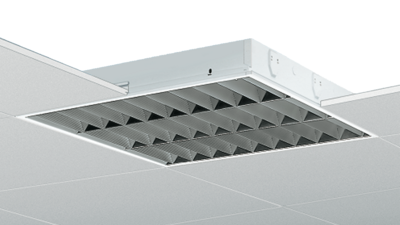 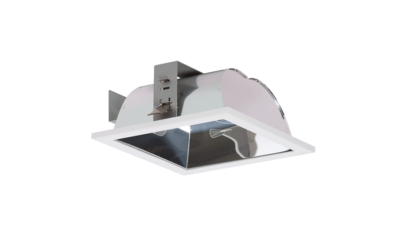 HRL and HPL hall reflector illuminants, primarily for hall-size rooms from approx. 4 m and higher
HPL
This object is already on the Wish list