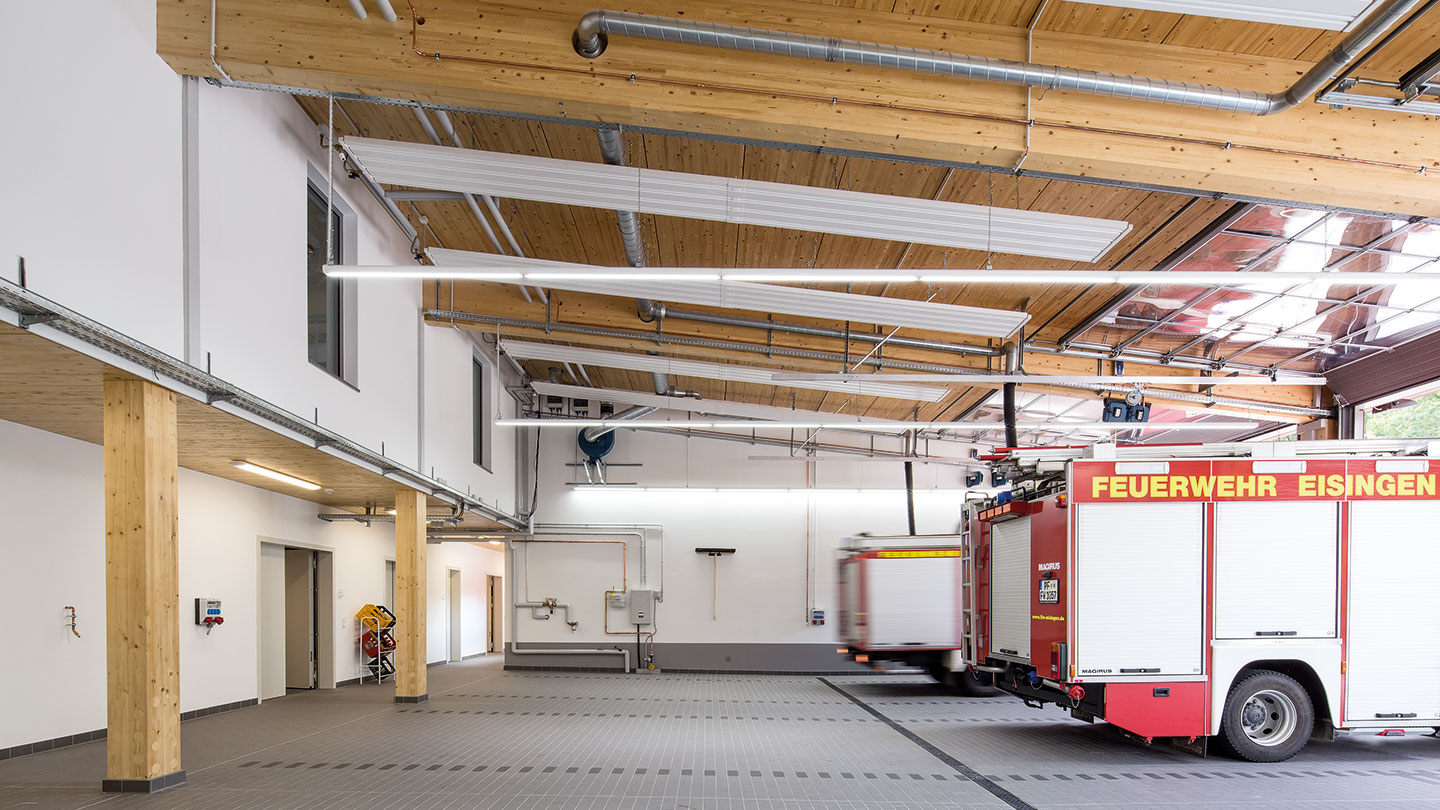 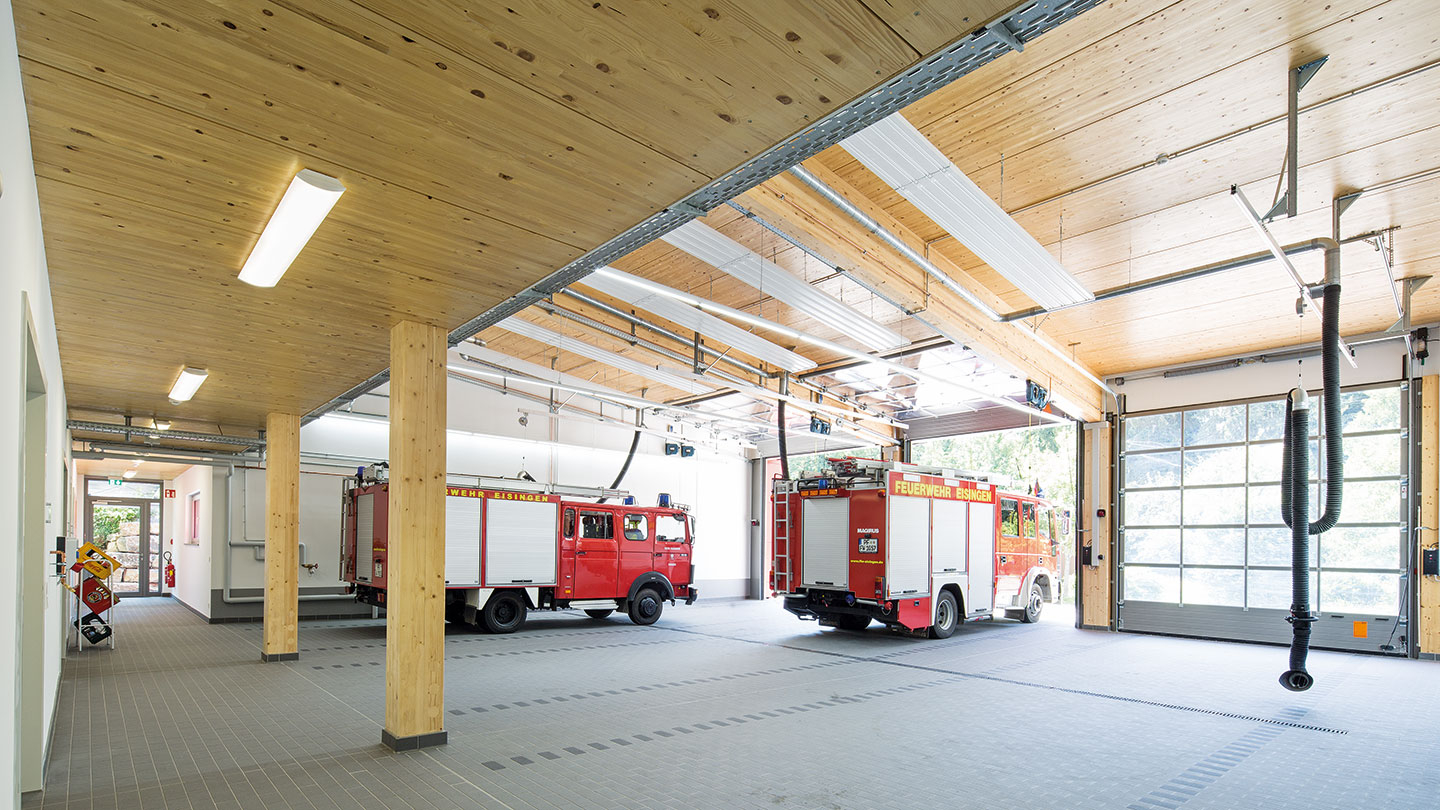 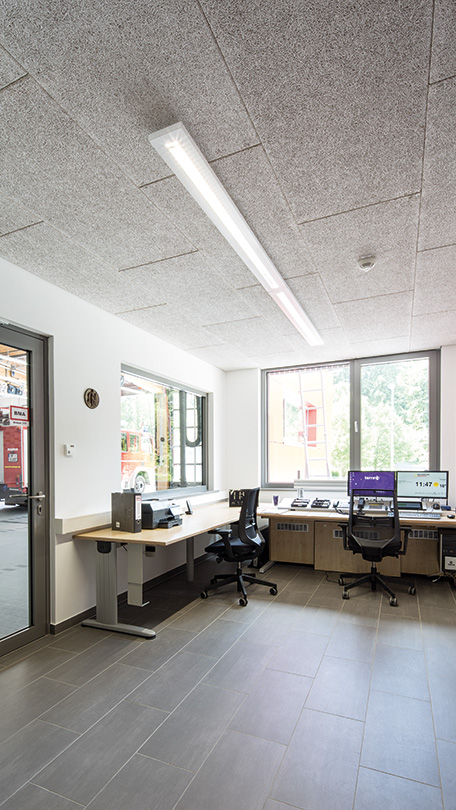 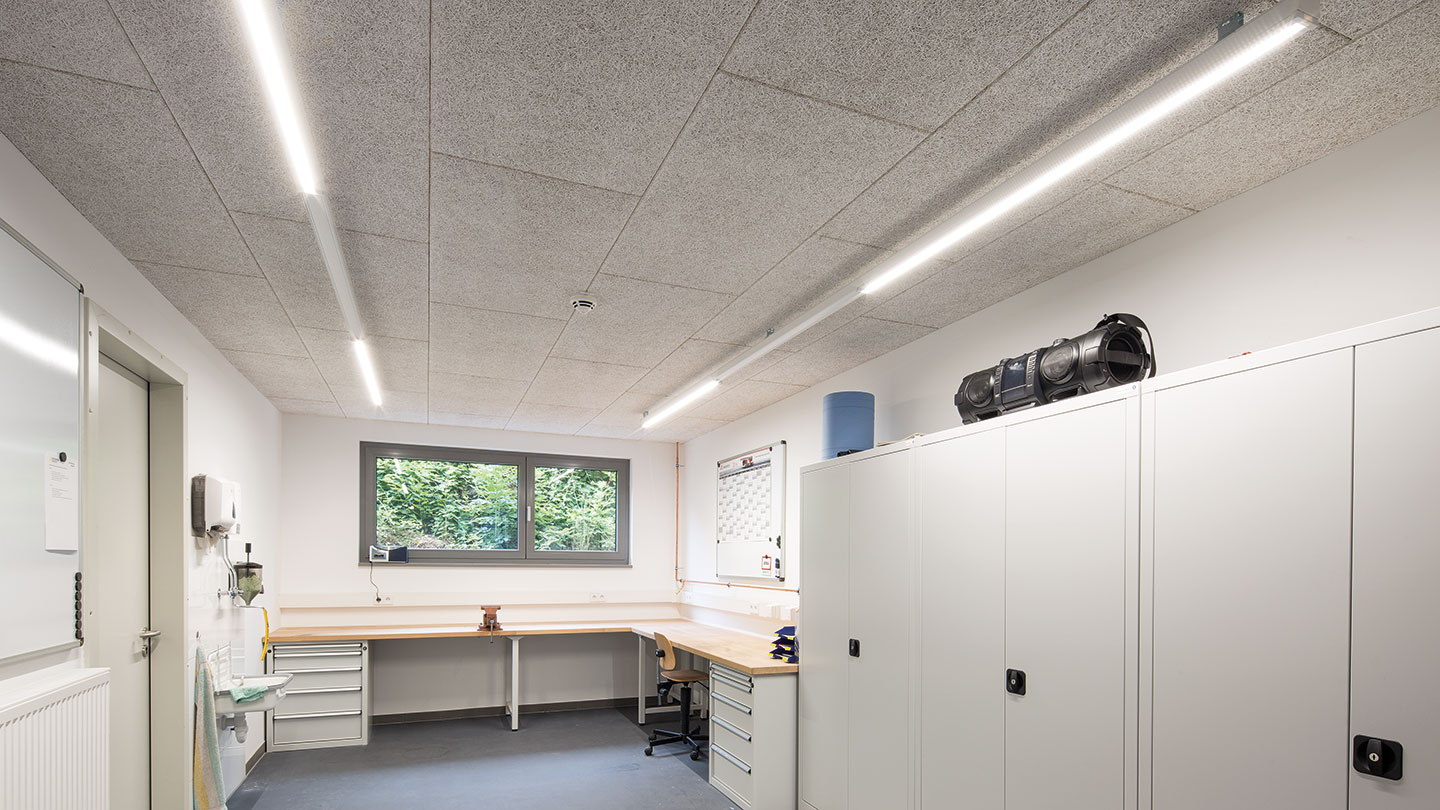 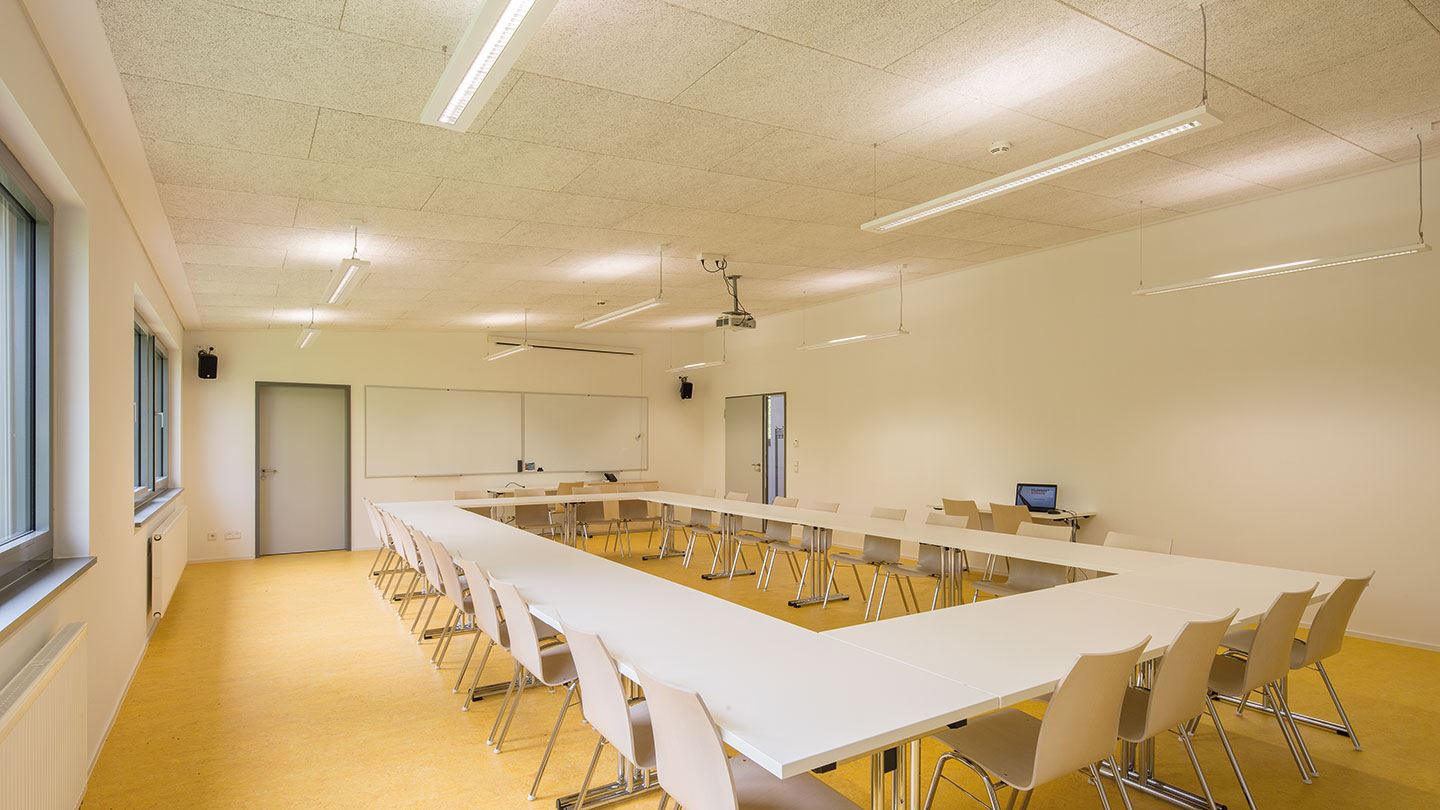 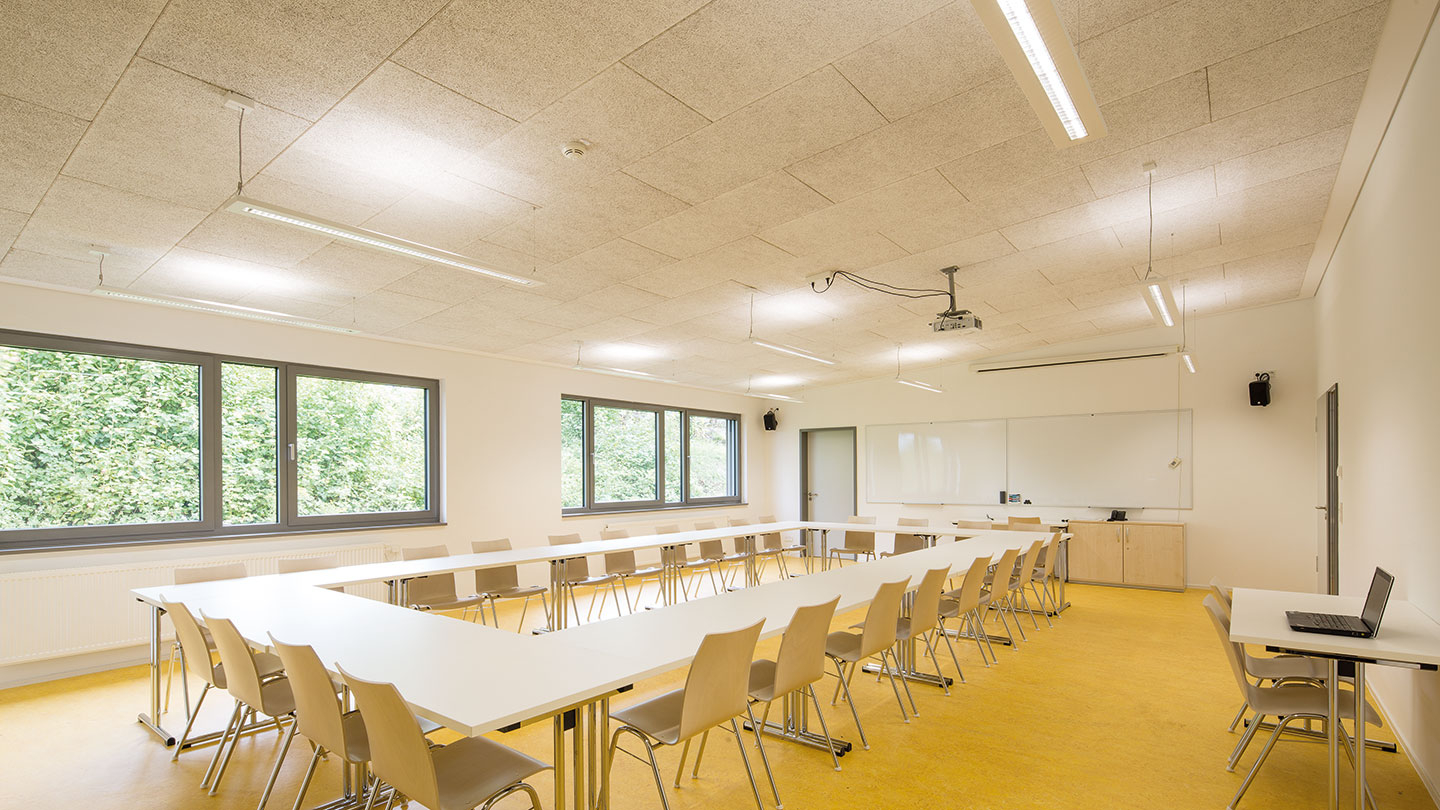 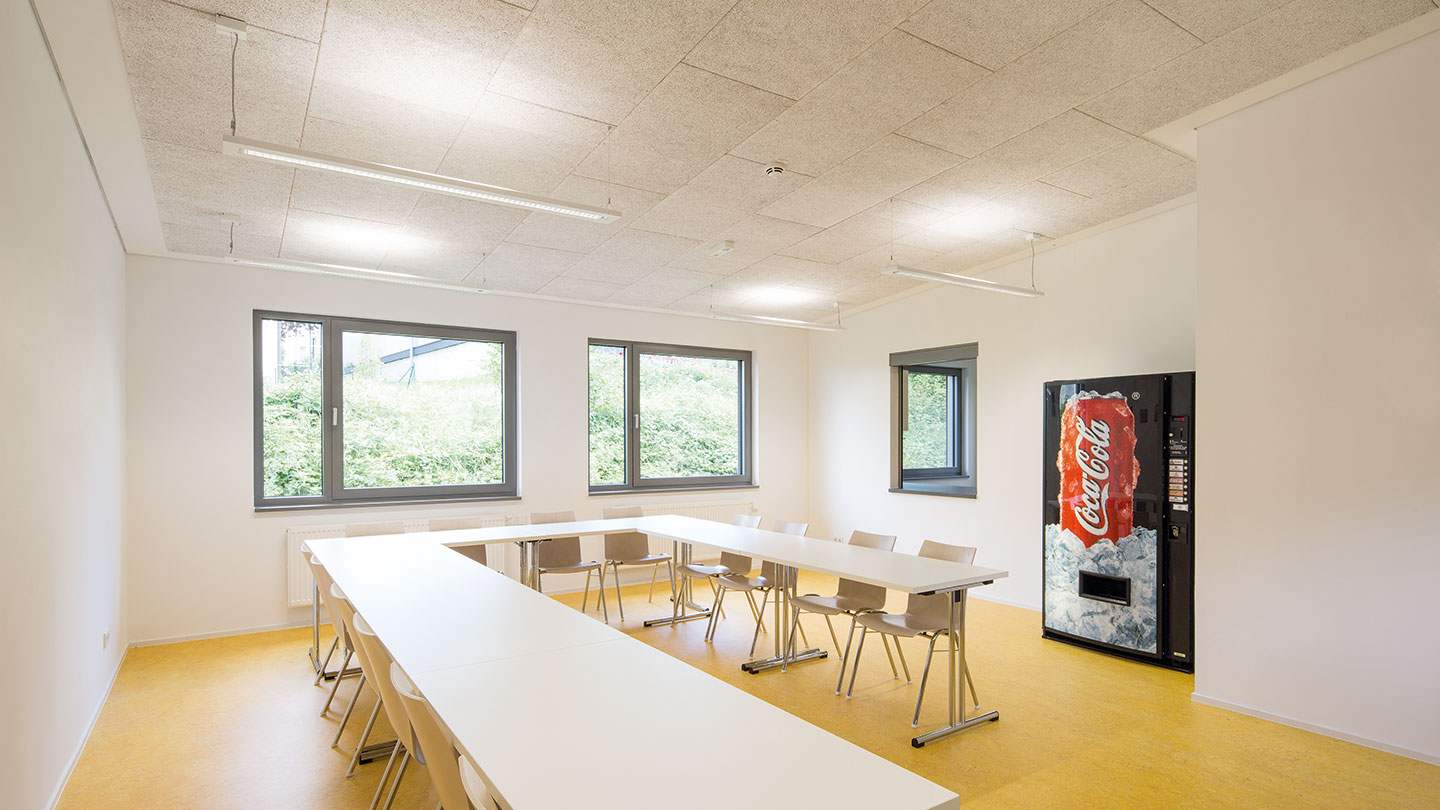 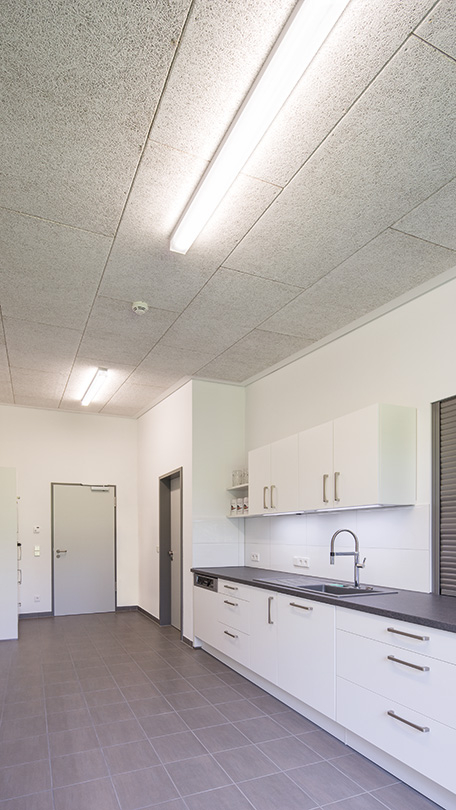 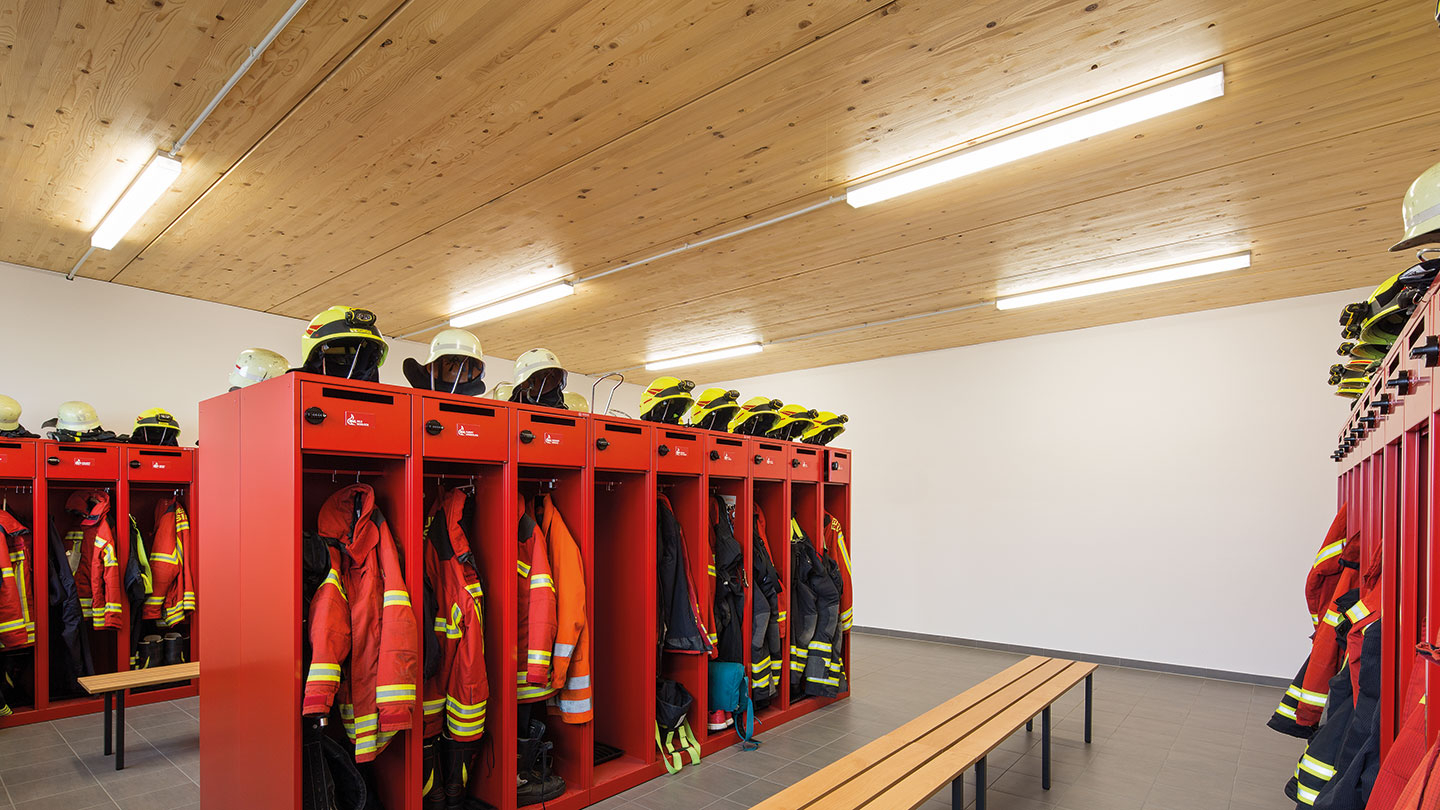 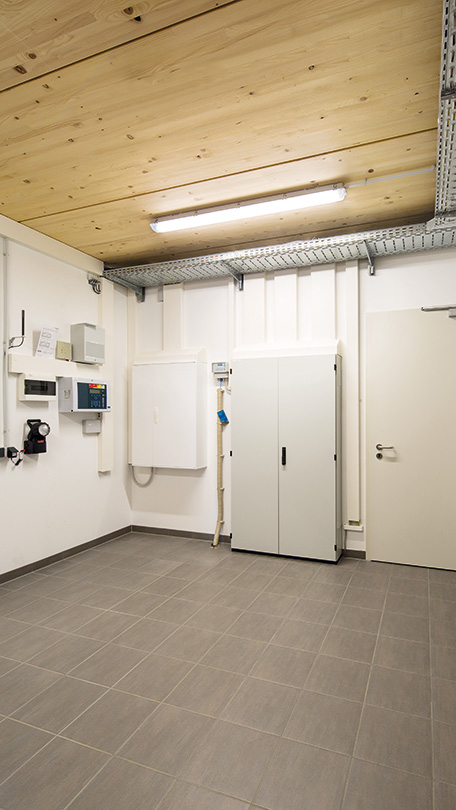 Project description
The new fire station in Eisingen is a highly-modern and future-facing functional building that meets all the requirements of a modern voluntary fire brigade and offers the best structural prerequisites for the fulfilment of its demanding tasks. The numerous rooms, all used for different purposes, called for an optimally matched illumination concept based on the latest LED technology. Luminaire models featuring various fastening options were chosen to create a uniform image. The F-LINE was installed on the ceiling in the control centre, where height is restricted. In the seminar and common rooms, which have high ceilings and slightly sloping roofs, they are used as pendant luminaires with indirect light. The same goes for the RIDI LINIA-FLAT light band: Suspended at optimal height in the vehicle hall, mounted directly on the ceiling in the workroom. The corridor area of the vehicle hall is illuminated by WL damp-proof luminaires with semi-circular cross section. In the changing room and kitchen, the robust, narrow LFN-T16-R damp-proof luminaires are used. With opal diffusors, they provide a pleasant diffused light. The staircase and the long corridor are graced by the transparent Iris (Spectral) ring luminaire as a wall-mounted and pendant solution, which was able to be colour-coordinated using inlaid foils (accessory). 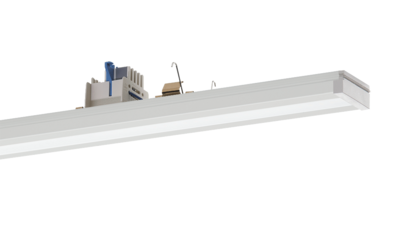 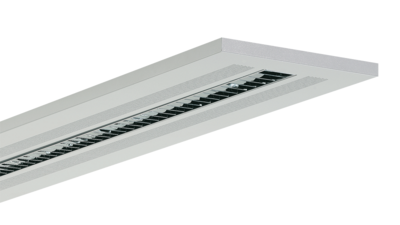 The F-LINE is an extensive, architecturally-distinctive and especially flat luminaire range for office workplaces, trade and industry
F-LINE 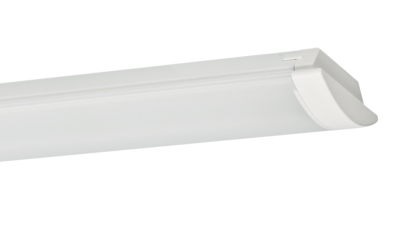 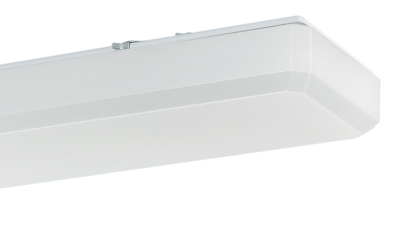