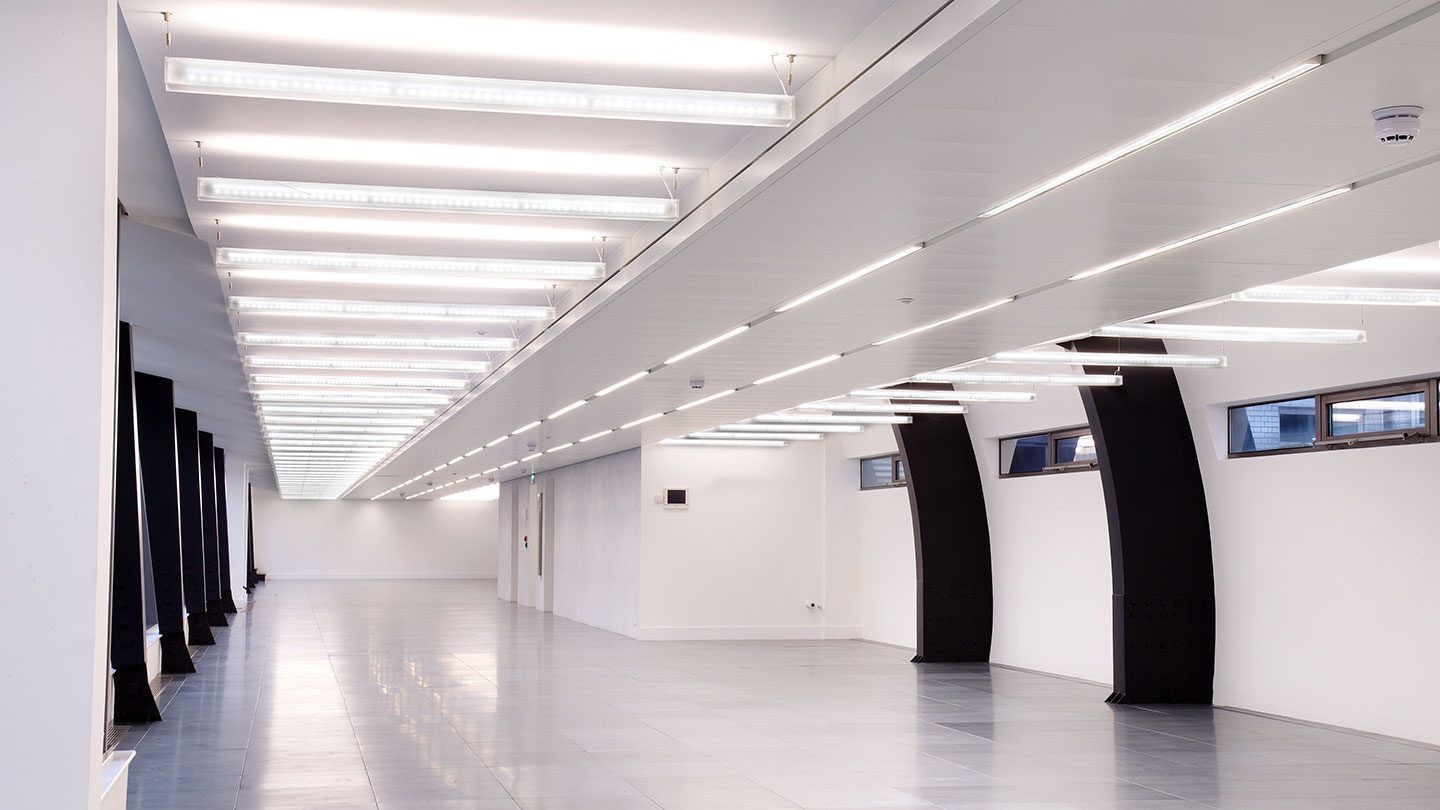 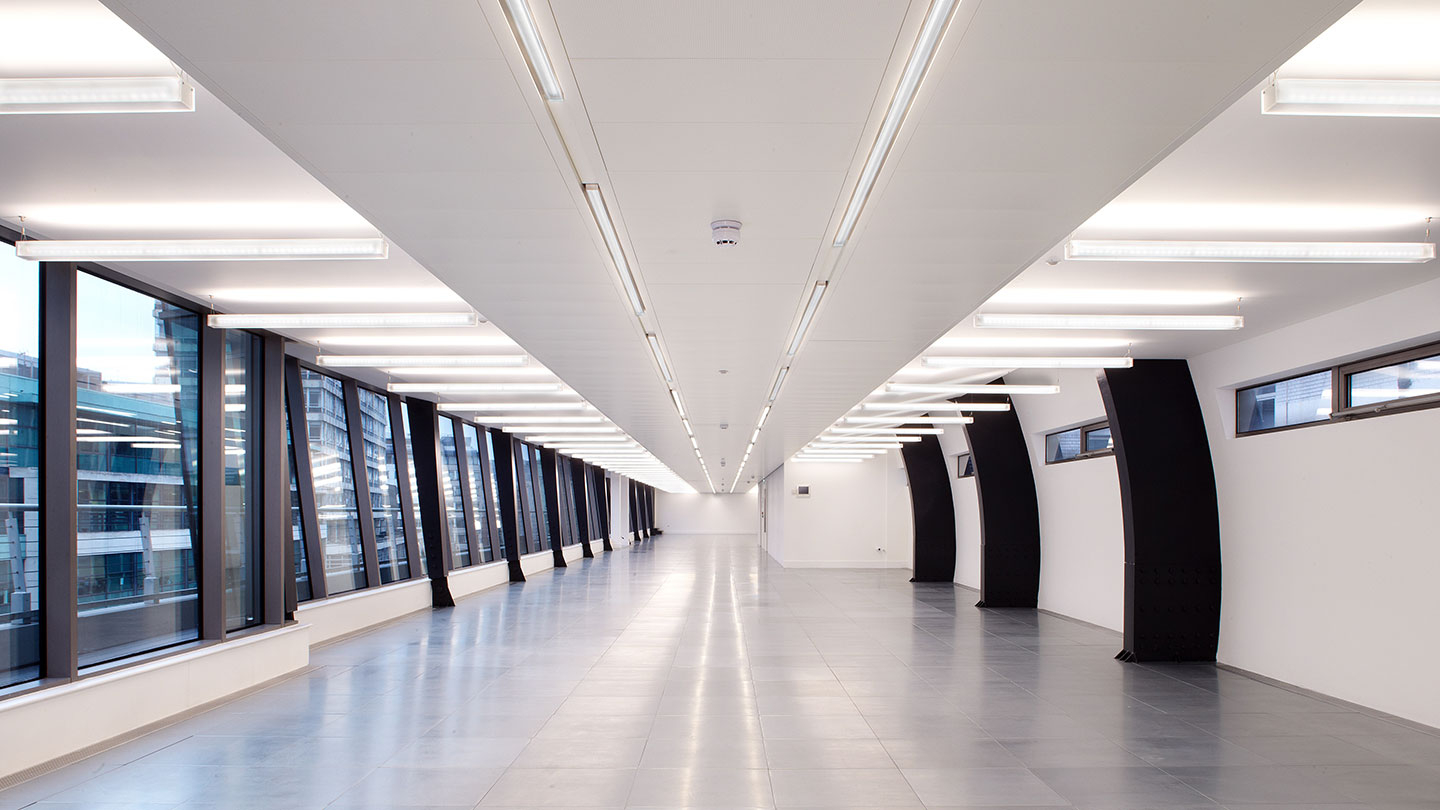 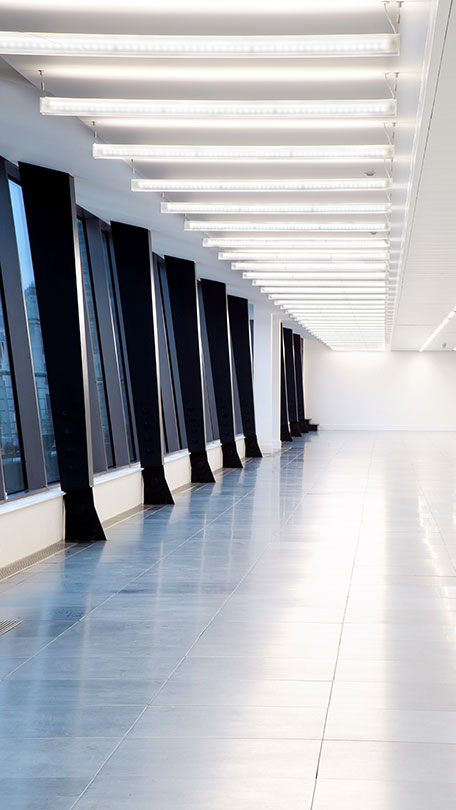 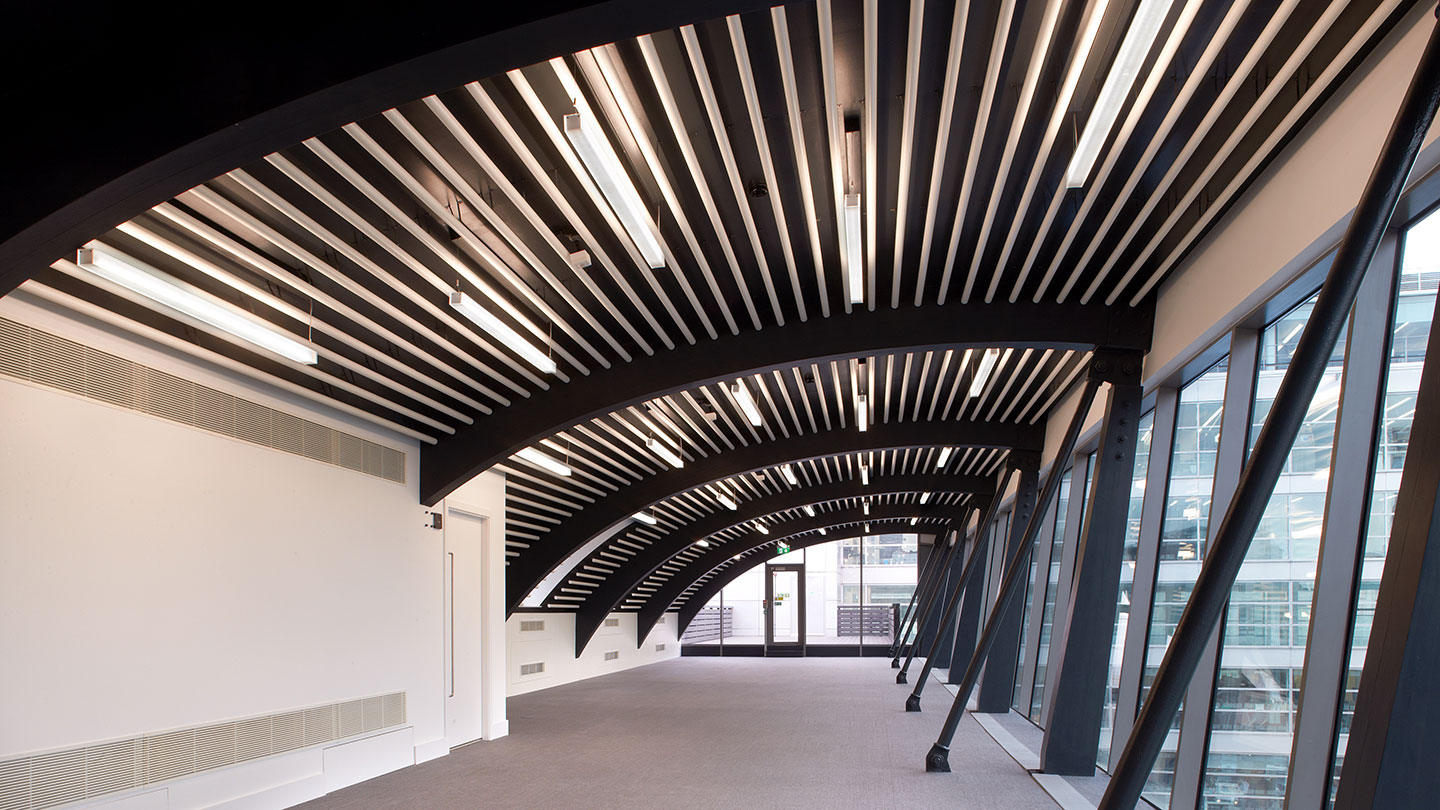 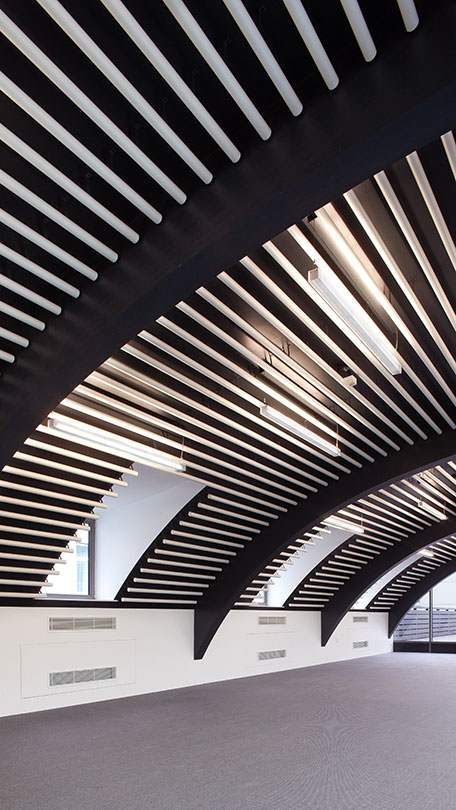 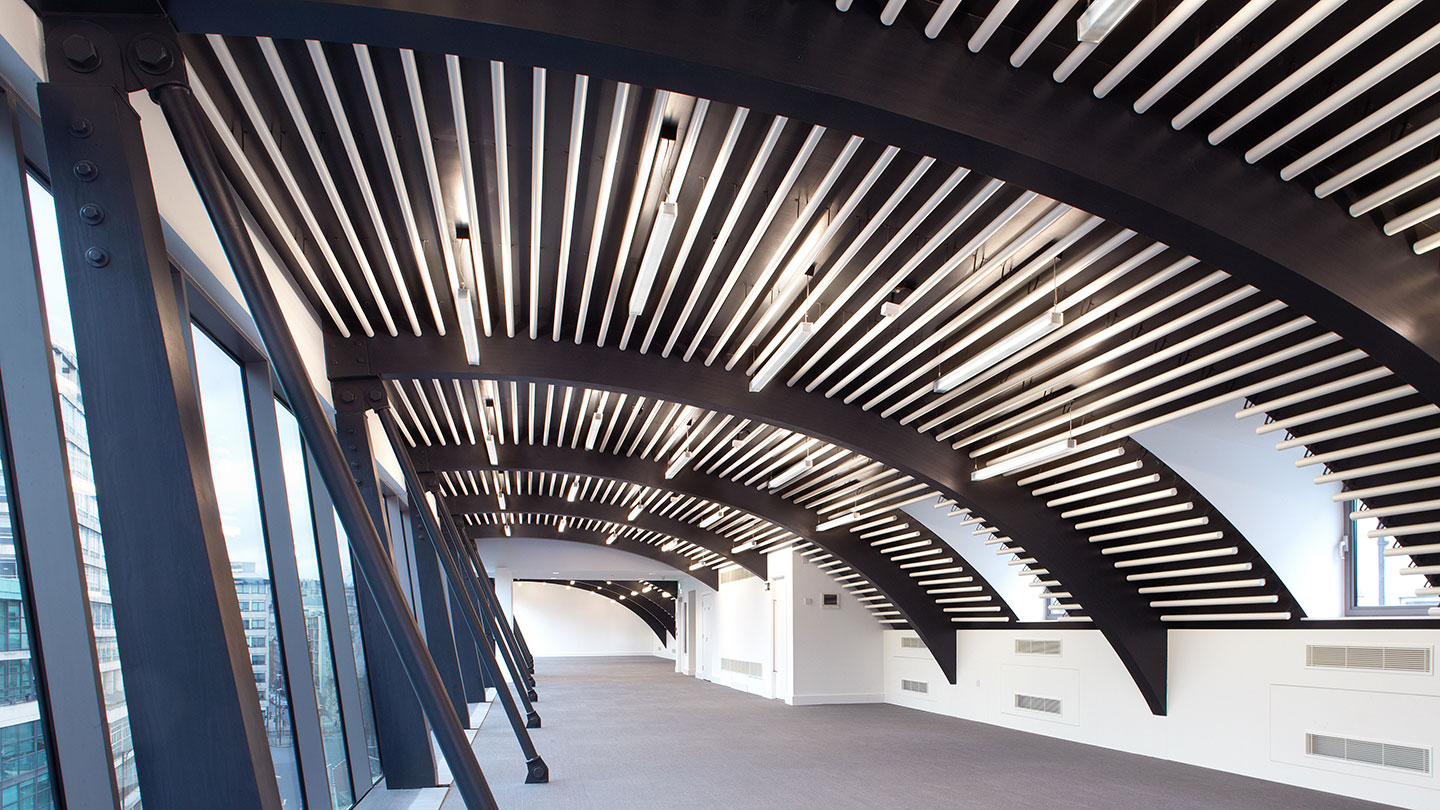 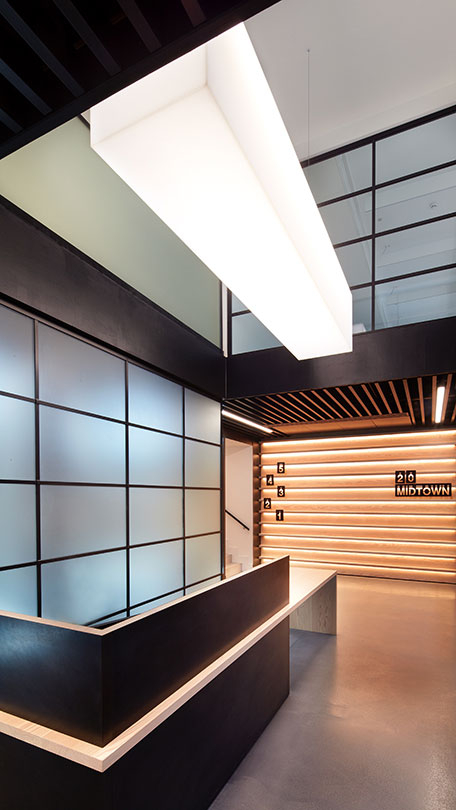 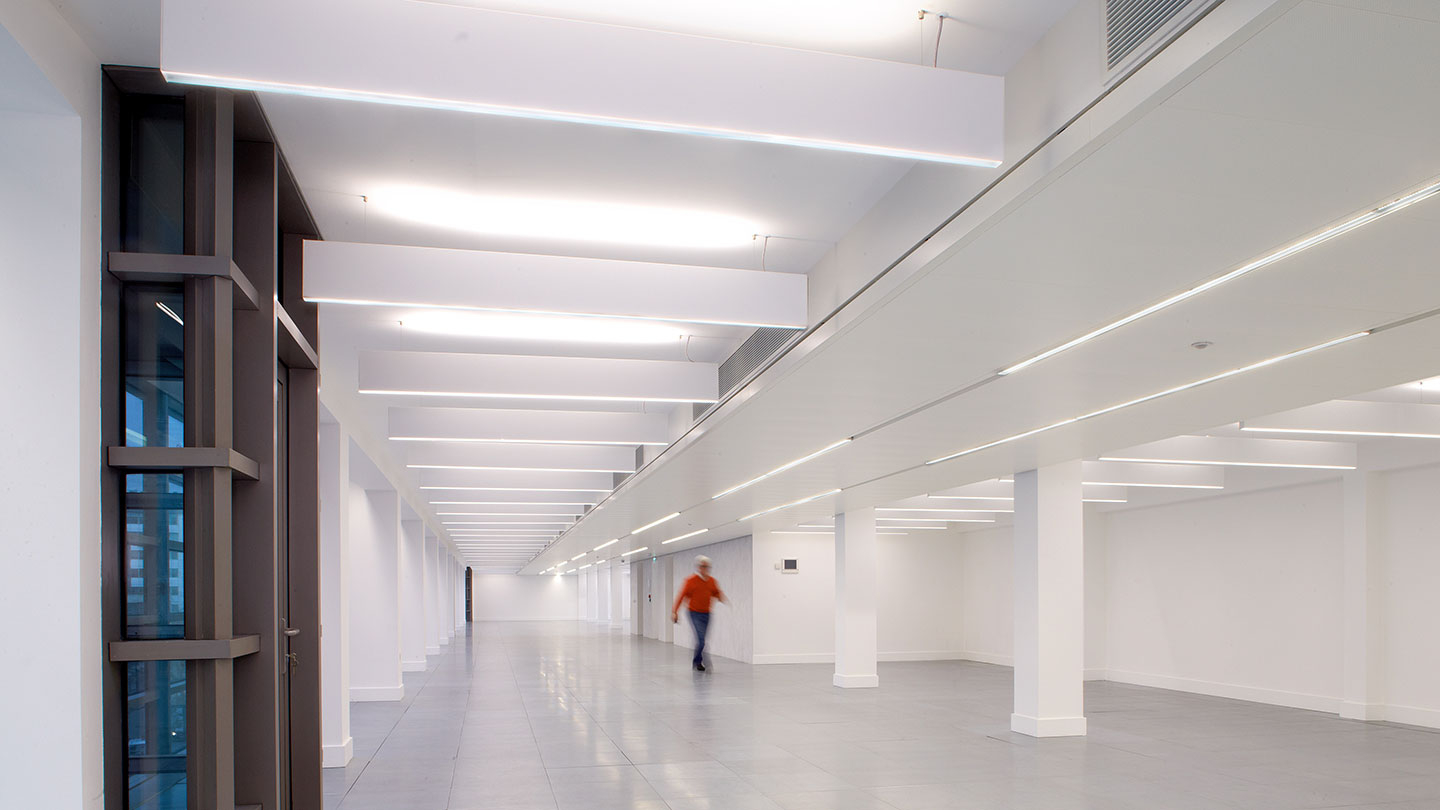 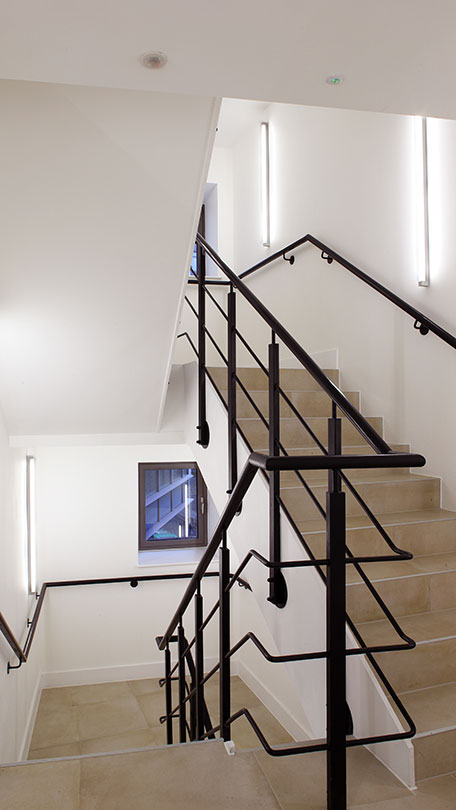 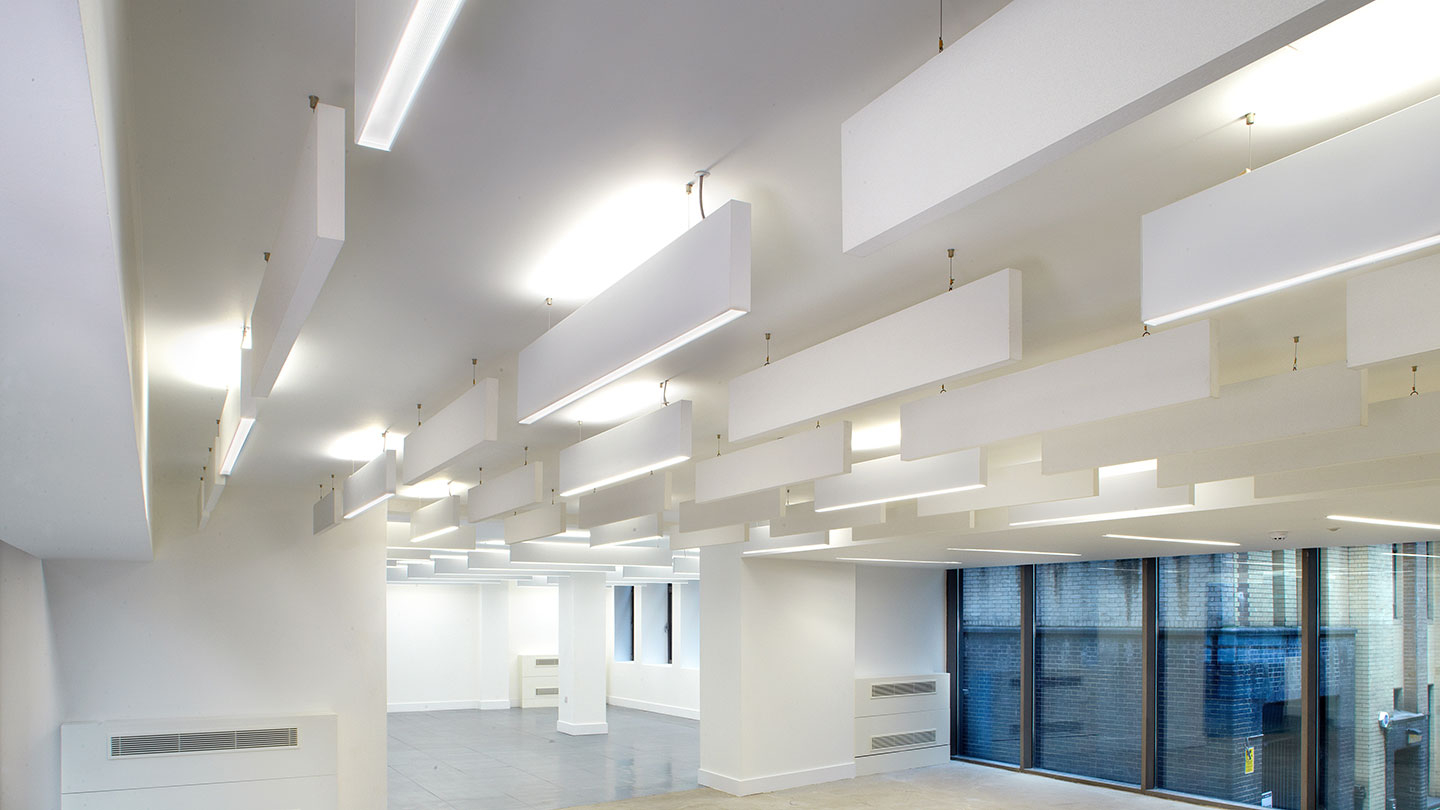 Project description
An ambitious project carried out in Holborn district of London where the original 5 storey building was refurbished to create a 6 storey scheme without increasing the overall height of the building. This led to creative demands on the lighting scheme as the ceilings on each floor were now being finished off without any real voids to work with. HUT Architects together with Energy Lab Building Services were assisted by our RIDI Group team to come up with a creative design which met the technical brief but also offered a modern look. One of the key luminaires used in the design was the ARKTIK-BA and BE utilising RIDI’s latest RIDI-TUBE 360 LED engine. The new tube creates a 2/3 down 1/3 up distribution which makes it perfect where low ceilings are being worked with. A clear version of the RIDI-TUBE was used to create a visual interest along the diffuser sides. The main optical control is via a microprism on the underside. Many of the floors are different and some floors utilised the Spectral Blade acoustic baffle system – also using microprism diffusers. Running down the spine of most of the floors, the slim and shallow U-LINE MINI LED was recessed into the dropped central bulkhead to create a further visual interest in the space. The main centrepiece in the reception was a giant 3m long ARKTIK LED cube made by Spectral to tie in the theme of opalescent materials used throughout the site. Other products used on the site are Spectral LBK and Aoca as well as RIDI emergency units used throughout.

The U-LINE-M is linear lighting system and, as an single luminaire, is the perfect complement to the U-LINE system
U-LINE-M

VENICE surface-mounted luminaire for lighting channel in a seemingly narrow, purist design, flexible in terms of arrangement
VENICE-A
This object is already on the Wish list