Benefits at a glance

Small, efficient, new light quality and, with an ever-increasing number of new applications - that's how LEDs conquer the world of light. From light-emitting diodes on display instruments to complete general illumination, development is moving at a rapid pace. The LED is now indispensable. The LED is the most significant discovery in the history of light technology since Edison invented the light bulb.

The light of the future is now in the present and faces us everywhere, inside and outside. LED street lighting makes the night brighter, LED car headlamps make driving safer, with interior lighting, LEDs are revolutionising light through new solutions and their long service life, coupled with high efficiency. 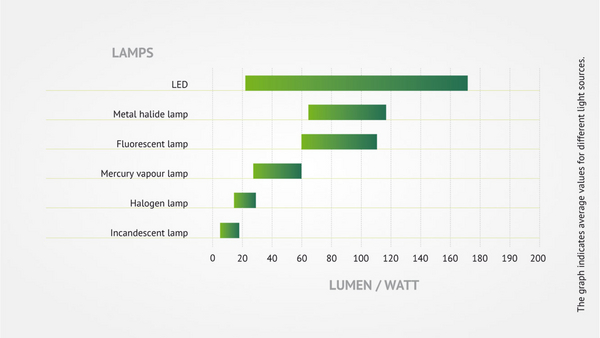 The light output is the amount of electrical output (Watt) an illuminant converts into light (lumen). Conventional halogen lamps provide up to 30 lm/Watt, fluorescent lamps between 60 and 110 lm/Watt and LEDs currently achieve up to an excellent 200 lm/Watt. And the LED continues to be refined. 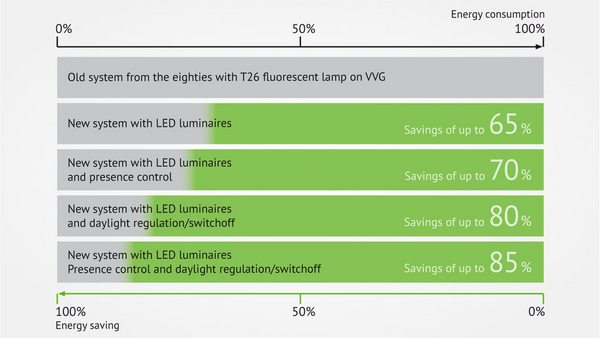 In a use case, up to 65% of energy can be saved in a new system with LED luminaires compared to an old system with T26 illuminants. That is a very good result and speaks volumes for the LED.

In conjunction with modern light management systems, up to 85% of energy can be saved. A cost factor that speaks for itself!

Lower electricity bills are guaranteed for the user: An LED luminaire provides a higher light output with reduced power consumption than a comparable luminaire with conventional illuminants – with no compromise on performance and reliability.

Compared to conventional illuminants, LEDs have an extremely long service life of 50,000 hours and more. Converted to a burning duration of 250 working days per year, each with 11 hours of operation, an LED lasts for approx. 18 years! In contrast to conventional illuminants, LED modules do not expire at the end of their expected service life, but slowly reduce their brightness. The lighting current and therefore the light intensity drops slightly over the operating period. Therefore, a clear distinction needs to be drawn between reduced performance and total failure of the LED.

However, external factors influence the service life of an LED. Operating and ambient temperatures affect the light current and can reduce the service life. The colder the environment, the better for the LEDs – this is when they work most efficiently. All RIDI LED luminaires therefore optimal thermal management to be able to achieve the maximum service life of the LED used.

If, contrary to expectations, a RIDI LED module fails, or the rated service life is over, RIDI Leuchten GmbH guarantees an equivalent replacement for 10 years after the RIDI invoice date. In-house LED assembly makes this possible! 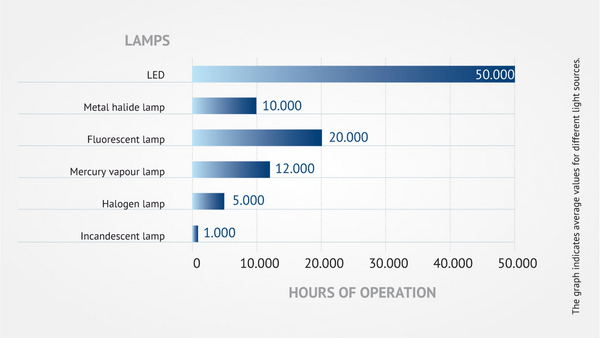 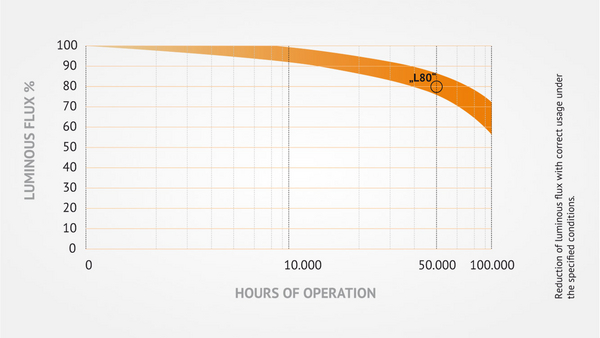 Light affects people in numerous ways. 80% of our perception is visual and therefore absorbed through light. Yet light also affects our biological body clock and hence many physiological as well as psychological processes in the human body. Light is life, light is quality of life! Light can arouse and even control emotions, light has a direct effect on human health.

Thanks to its specific light properties, modern LED technology offers immense added value in being able to even better adapt the illumination to the needs of people. Since LEDs are electronic components, they can be precisely controlled and optimally integrated into a light management system. And so a dynamic control can simulate the daylight sequence and support the biorhythms of people in a working or learning environment.

Light colour and illumination level, then, play a key role and due to their high colour reproducibility value, LEDs especially are predestined to represent mood lighting from the cool/light of mornings to concentration boosting through to evening relaxation. In health care and care of the elderly too, light is an indispensable element for supporting well-being promoting health.

LEDs have no damaging UV or infra-red radiation, do not contain mercury and provide 100% light as soon as they are switched on! 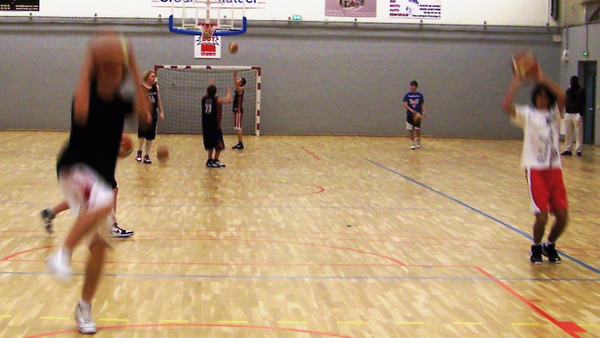 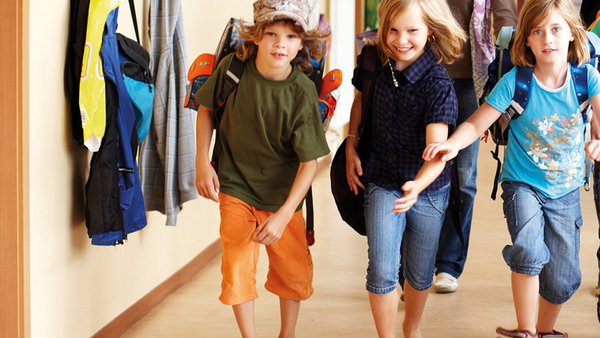 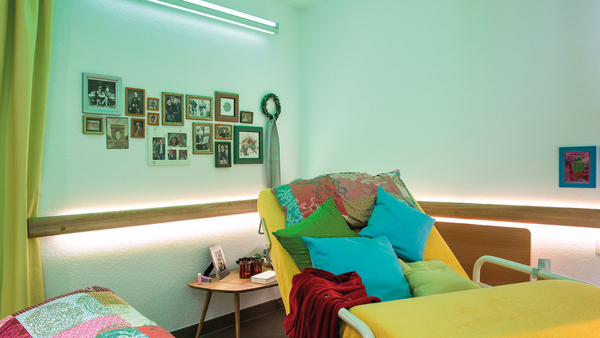 LEDs are superior not only in terms of their technology and efficiency, but above all in terms of their small dimensions. Illumination solutions using LEDs offer the highest degree of design scope. Free forms and minimal dimensions of the luminaires are creating new potentials for architects and light planners to incorporate light into the architecture. Licht can emphasise certain features and dominate the room, yet also ensure good visibility unobtrusively in the background. The very good colour reproducibility of LEDs and the visibly rich colours they produce create light moods, which are matched to people's needs.

Even flat, shadowless illumination, light canopies or cove lighting can be excellently achieved with LED technology.

General illumination in offices or in industry is being realised more and more frequently with LEDs. Here too, the potentials are fascinating.

RIDI offers a sophisticated and very broad LED product range and with its own assembly of LED modules the best equipped for the future of this innovative light technology. 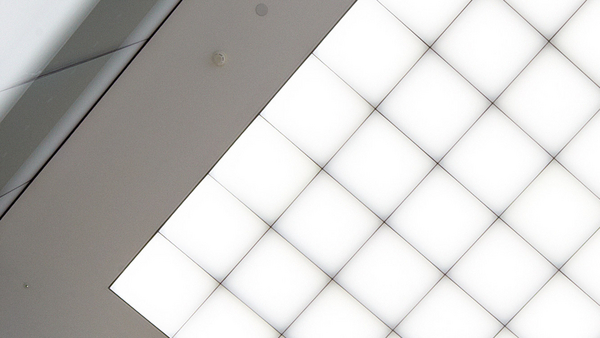 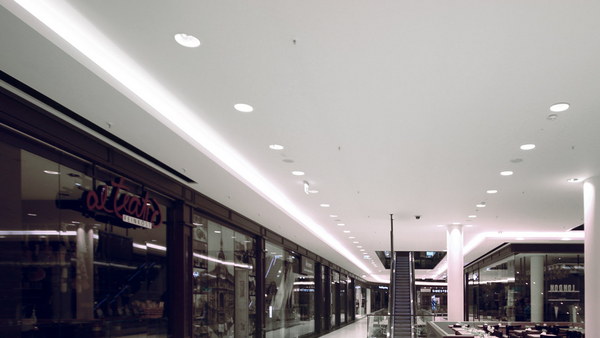 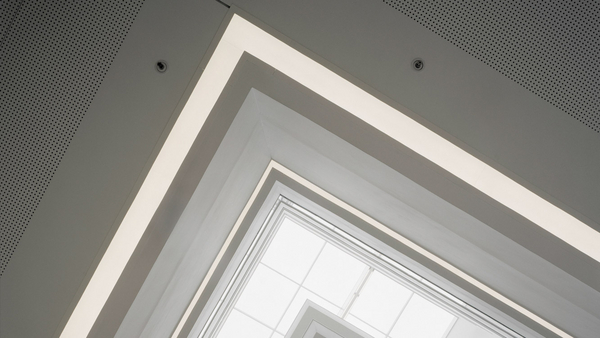