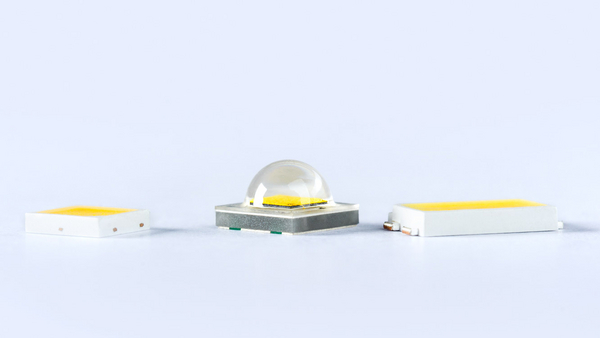 Revolution in the history of the light

The light-emitting diode (LED) is the result of long development, initially as so often with new developments by more or less randomised trials – later through structured experiments. At the start of the 1960s, light emission in the visual range was important. In the beginning, light-emitting diodes were used in pocket calculators and digital watches.

Today, the LED development process is taking huge leaps forward. The LED has now replaced the majority of conventional luminaires and its triumphal march has gathered pace. 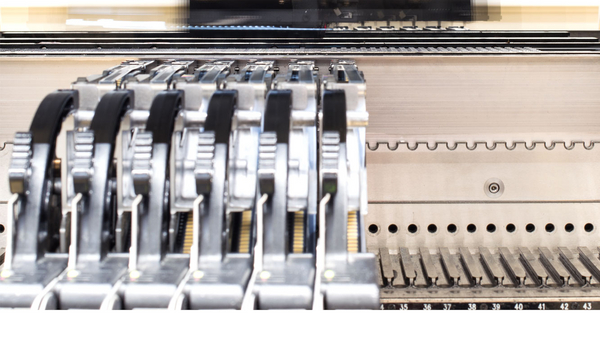 In 2010, RIDI Leuchten GmbH established a department in the Jungingen plant solely for developing LEDs, the special assembly and more particularly the in-house assembly of modules containing LEDs. In 2012, the RIDI-TUBE emerged here, an LED illuminant developed and produced by RIDI, which is as easy to replace as the conventional T16 or T26 lamp.

It soon became very apparent that RIDI was able to produce modified and customised LED modules only by having its own LED assembly lines. Another important aspect is the independence from external suppliers. The RIDI GROUP can react quickly and autonomously to the growing requirements and to customer requests.

Flexible assembly allows ideal modification to the luminaire type concerned and ultimately the optimum result through the best-possible illumination. 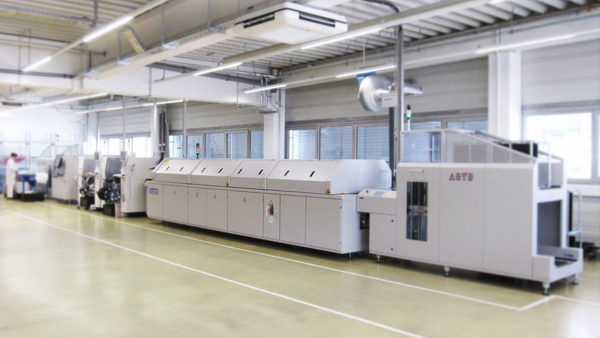 All LED luminaire production is subject to stringent guidelines. This is because the LED requires great attention in LED production. The SMD (surface-mounted device) assembly lines are in a fully ESD (electrostatic discharge) protected area. After all, discharges of just 10 Volts can be damaging to sensitive components. 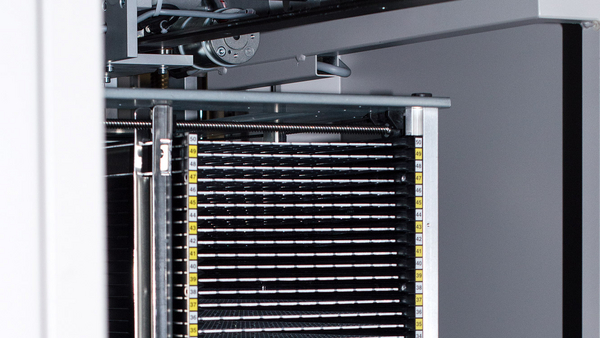 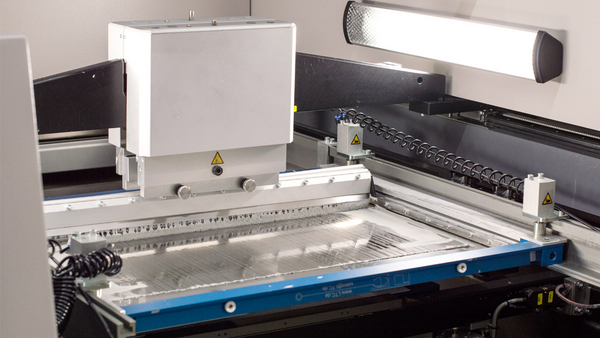 The template printer takes the circuit board from the conveyor belt, aligns it against a metal template and then prints the solder points with solder paste.

The print result is camera monitored. 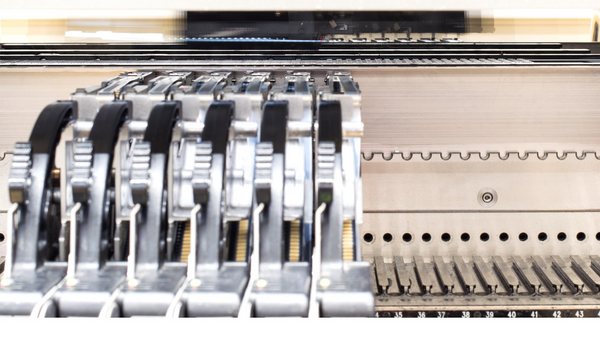 The placement machine receives the printed circuit board. The assemblies that have been packed on belts are supplied via feeders. The components are picked up by vacuum pipettes (nozzles), measured by a camera-based system, aligned and set down on the board. Up to 21,000 components/hour are possible and have an accuracy of +- 50 µm 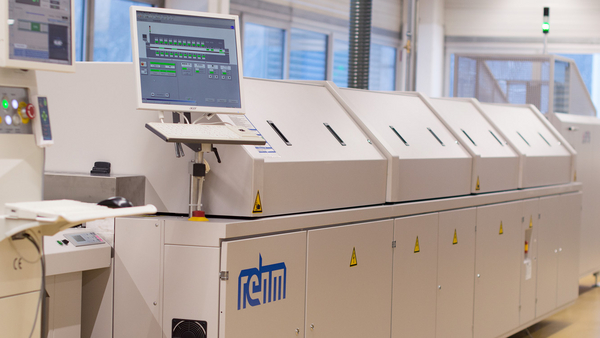 The assembled circuit boards are washed round with hot air and soldered in the convection soldering oven. The circuit board passes through 9 heat zones and 2 cool zones, corresponding to a temperature profile. 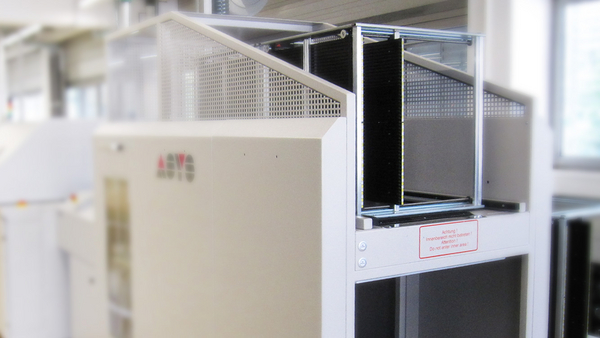 The assembled and soldered circuit boards are finally removed from the conveyor belt and pushed into a magazine. While one magazine is being filled, the other can be removed and the circuit boards can be transported onwards for inspection. 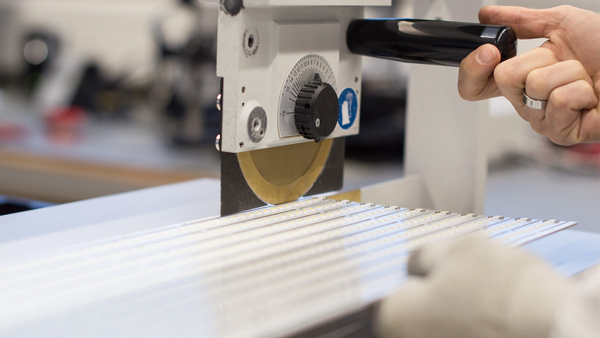 In a *tester made especially for RIDI, the circuit boards are contacted using a test adapter, operated at a defined current and checked for presence, orientation, light level and chromaticity coordinate by a camera system.

Smaller modules are produced as a panel and separated following the assembly and inspection process.

A multitude of inspections are required to maintain the high quality of the LED:

The basic inspections include compatibility with materials and substances which can influence the LED quality at elevated ambient temperatures.

LED inspections prior to production look at the quality of the LED chips. Including light current inspections, inspection of the colour temperature and colour repeatability. This guarantees that the identical output parameters are present.

Every module is visually inspected by monitors during production. In future, the visual inspection will be replaced by automatic inspection of the light current, colour temperature and colour reproducibility. Likewise the current test, during which the LED module is operated at a specified current. Vibration and distortion tests along with temperature tests in climatic chambers are carried out on a random basis.

During regular inspections, the solder positions are X-rayed for cavities and photomicrographs generated.

These checks and inspections are conducted at RIDI Leuchten GmbH with the utmost of care, only then can a constant "Quality made by RIDI" be assured. 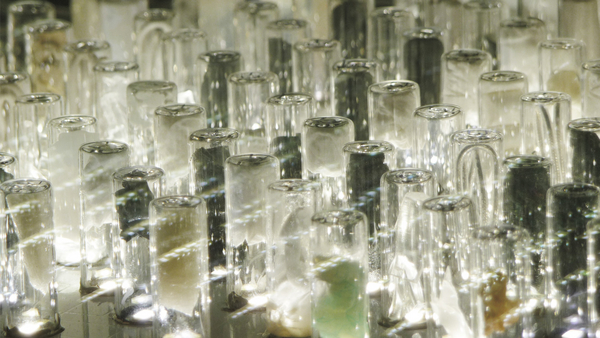 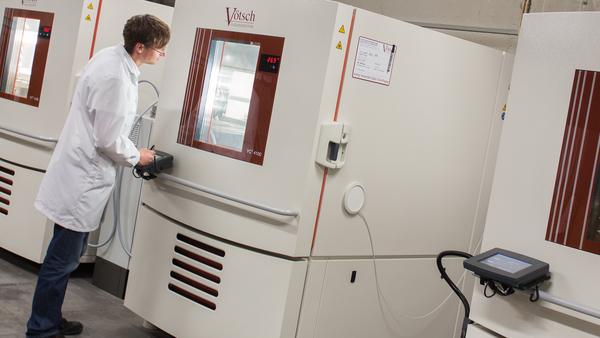 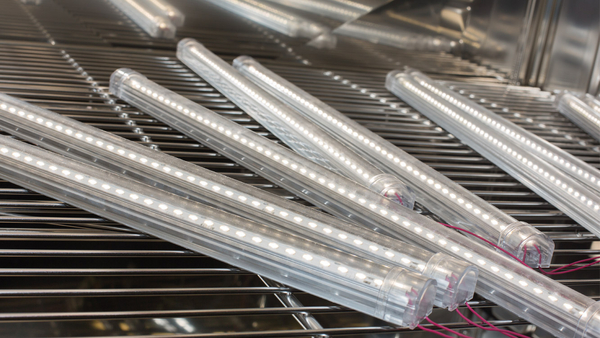 Thanks to the in-house SMD assembly lines, RIDI Leuchten GmbH is not only independent of suppliers, but also able to react quickly and flexibly to the market and the constantly changing requirements of light technology and luminaire design. Each luminaire type has an optimally-matched LED illuminant for every illumination application. The flexible assembly with LEDs and the subsequent connection of single modules is possible in different forms, dimensions, light levels and light colours. Individual customer requests are therefore no problem for RIDI.

Thanks to the high quality standard during the in-house production of LED surface-mounted and linear modules, RIDI Leuchten GmbH is able to provide the following warranties on own LED illuminants:

For products with a rated service life ≥ 50,000 operating hours, RIDI provides a 5 year warranty from the RIDI invoice date.

For products with a rated service life < 50,000 operating hours, RIDI provides a 3 year warranty from the RIDI invoice date.

This warranty relates to all LED modules, LED operating units and other LED components and is valid Europe-wide. Upon application, the warranty can be extended to other countries. In case of a warranty claim, the warranty is proven  by means of the invoice. The warranty covers exclusively product failures caused by material, design and/or fabrication errors.

Due to in-house production of the LED modules and RIDI-TUBES, RIDI Leuchten GmbH guarantees replacement delivery of equivalent parts for a period of 10 years.